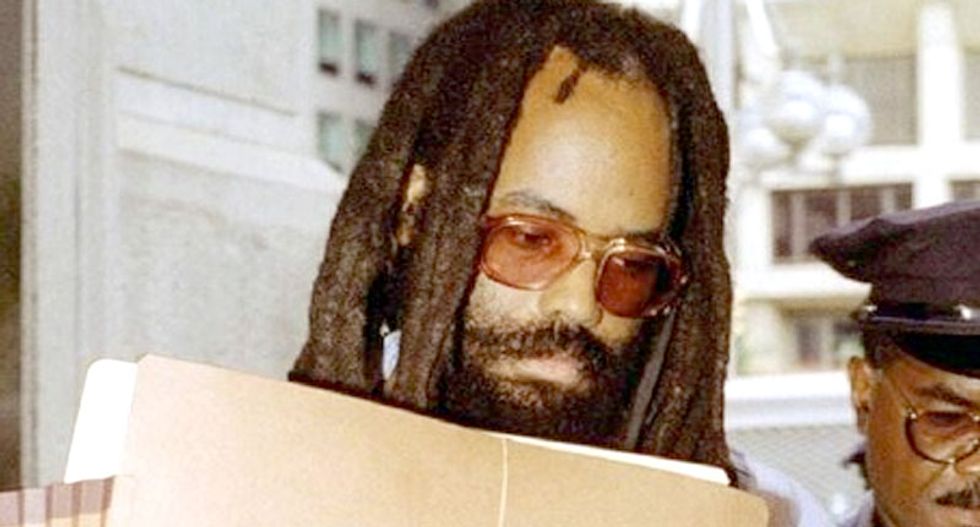 Mumia Abu-Jamal, serving life in prison for the murder of a Philadelphia police officer, and supporters filed a federal lawsuit on Monday challenging a state law enacted after a college graduation speech the activist inmate gave last month.

The state law allows crime victims and prosecutors to take legal action to prevent prisoners from making public statements that cause mental anguish.

His speech was recorded over a telephone line and played for graduates of the small liberal arts college, which due to its flexible programs holds several graduation ceremonies each year.

Abu-Jamal, 60, a former black nationalist and public radio reporter, was sentenced to death for the 1981 killing of Officer Daniel Faulkner after a trial criticized by Amnesty International.

His sentence was commuted to life without parole in 2011. Since in prison, he has become an activist and commentator on the U.S. justice system.

Proponents of the law, titled the Revictimization Relief Act, say Abu-Jamal's statements victimize Faulkner's widow, Maureen, and force her into the public light.

In October, she attended the bill's signing ceremony on the Philadelphia street where her husband was killed.

The lawsuit was filed on Monday before the law has actually been put into use. The suit was filed in the U.S. District Court in the Middle District of Pennsylvania by Abu-Jamal, the Abolitionist Law Center and other groups.

Opponents of the law say it would restrict Abu-Jamal’s constitutional right to freedom of speech.

State Representative Mike Vereb, a Republican from the Philadelphia suburbs who sponsored the bill, said it does not violate First Amendment rights.

“This bill simply gives victims access to court,” Vereb said. “This doesn't mandate what a judge has to do or how they have to do it.”

Abu-Jamal has served as a speaker at graduation ceremonies of other schools, also with controversy.

His recorded voice was played at the 1999 commencement address at Evergreen State College in Olympia, Washington, where some students walked out in protest and others turned their backs.

The Pennsylvania Attorney General's Office, which is named in the suit, has not received a copy, a spokesman said.