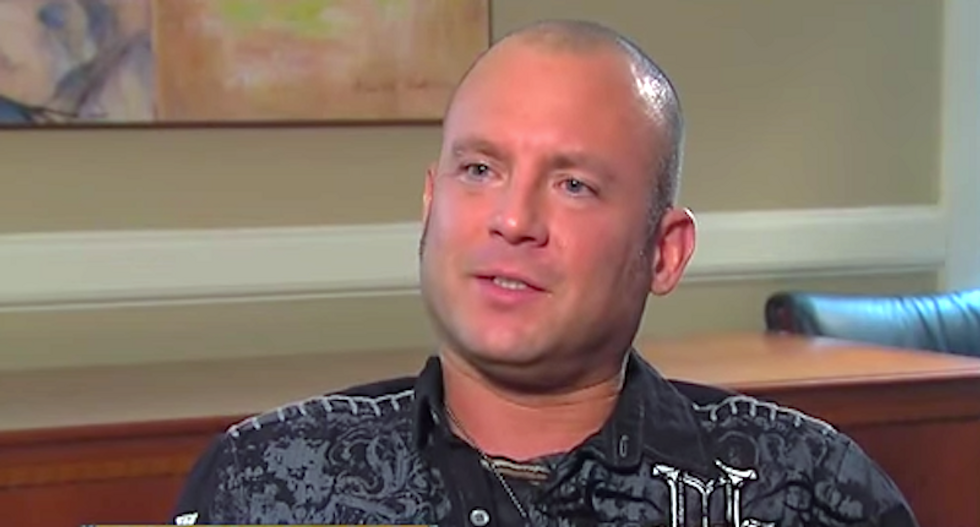 Competing nativist rallies are planned for this weekend in Texas, with neo-Nazis playing the “moderates” to the Ku Klux Klan’s more hardline anti-immigration stance.

The Michigan-based National Socialist Movement is planning a “show of force” against illegal immigration Saturday afternoon at the Rockwall County Courthouse, in suburban Dallas – where city officials have decided not to enforce permit rules.

“We have everything from illegal alien gangs, to violent druglords, and even mystery illnesses crossing over America's southern border from Mexico,” the neo-Nazi group says. “Our rally will be a show-of-force. The good people of mainstream and middle America will not tolerate this rampant injustice anymore."

The Texas Knights of the Ku Klux Klan, based in Hunt County, are rallying against all “mass” immigration, whether it’s legal or illegal.

The neo-Nazis plan to leave the courthouse in Rockwall for a private ranch for a barbecue and swastika-burning, while the Klan klavern intends burn a cross after their demonstration.

The “commander” of the neo-Nazi group was shocked to learn of the competing demonstration, reported the Star-Telegram.

“Hmph! Well, they’re not anything like us,” National Socialist leader Jeff Schoep told columnist Bud Kennedy. “We’re both pro-white, but our politics are very different.”

Schoep claims the National Socialist group is political, while the Klan promotes religion.

He claims the neo-Nazi group is holding the rally in Texas after “quite a few requests from local citizens.”

The Waco-based Texas knights are all that remains from a Klan group that staged rallies across the state in the 1990s.

A spokeswoman for the Anti-Defamation League said four of the 11 extremist group events planned nationwide for this month will be held in Texas.

“In Texas, things like this do happen pretty regularly,” she said. “I can’t say it’s a surprise.”

“People weren't questioning the (election) process before, but there was a huge disinformation campaign which really destabilized many segments of American society," Raffensperger said during the panel, referring to his party's conduct in reaction to 2020. “I think the challenge that we have as Republicans is that right now our party is really fractured."