Police expert: War on terror has turned our cops into occupying armies -- and we're the enemy 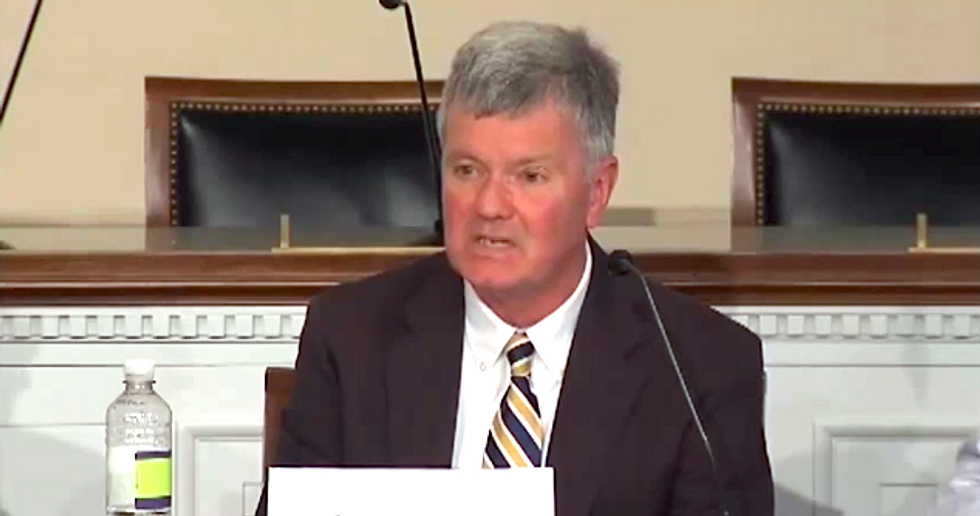 The war on terror has essentially turned police into occupying armies in some American communities, said a police and criminology expert.

Thomas Nolan, an associate professor of criminology at Merrimack College and former senior policy analyst with the Department of Homeland Security, said the focus of police work had shifted greatly since he was a Boston police officer in the 1980s and 1990s.

“I remember it being drilled into me as a police officer, as a sergeant and then as a lieutenant: partnership, problem-solving, and prevention – the three Ps,” Nolan said Wednesday during a panel sponsored by the American Constitution Society.

He said police were heavily trained to form alliances to help them to better serve and protect communities, and he said those relationships clearly don’t exist in Ferguson, Missouri.

While the war on drugs is frequently cited as a major factor in the breakdown of civil liberties and police-community relations, Nolan said a more recent shift was largely to blame.

“In the early 2000s, particularly after 9/11, we saw a paradigm shift from community policing and problem-oriented principles to the war on terror, and we became Homeland Security police,” said Nolan, who has worked in the federal agency’s Office of Civil Rights and Civil Liberties.

He said this shift toward “homeland security” had quickly destroyed the relationships police had worked nearly two decades to build.

“I think what has happened as a direct result of that, is that those relationships that we forged, and worked so hard to attain and to maintain in the late 1980s and early 1990s, began to erode because the police were seen, particularly in communities of color, as an army of occupation,” Nolan said.

“If you dress police officers up as soldiers and you put them in military vehicles and you give them military weapons, they adopt a warrior mentality,” he continued. “We fight wars against enemies, and the enemies are the people who live in our cities – particularly in communities of color.”

At the same time domestic police began to focus on homeland security, the Department of Defense began selling surplus military weapons and gear to American police departments without much public debate.

“We weren’t included in the discussion, we didn’t know anything about it, and I think Ferguson has brought that into the glare of the public spotlight,” Nolan said.

The 27-year police veteran said officers make him feel unsafe when he walks around his own diverse neighborhood in Boston.

“I see the police conducting themselves in a highly militaristic fashion on routine patrol activities -- and I know that’s what they’re doing because I come from that world,” Nolan said. “What I experience and what people on the street experience is a palpable, tangible sense of fear, and that is that we are unsafe if police need semiautomatic rifles to protect us and to keep us safe.”

He said Americans have found themselves in danger from their own police officers because they did not object to previous abuses – and he said the police response to the Boston Marathon bombing proves the situation can only get worse.

“What we saw in that aftermath was the unilateral suspension of the United States Constitution, and particularly the Fourth Amendment,” Nolan said.

“We saw for the first time that I can recall in the United States of America house-to-house searches,” he continued, “and what I said to some colleagues of mine, who work in the news media, that when we fail to object to what’s going on now, and we did, we forfeited our right to do so in the future -- and we have.”