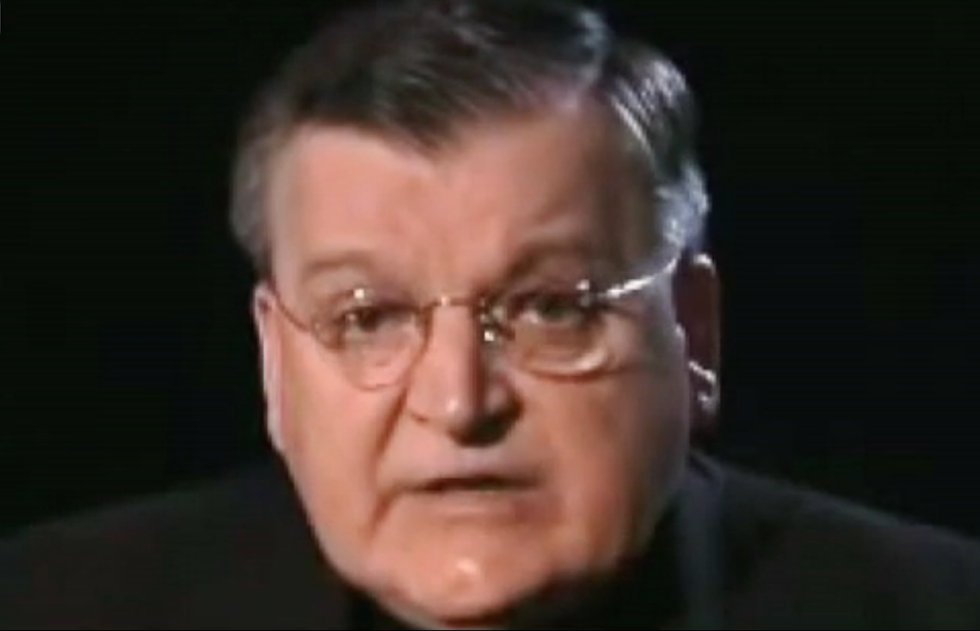 Pope Francis has slammed a politically outspoken conservative cardinal and demoted him from his prestigious post at the Vatican.

On Tuesday night, Rachel Maddow interviewed Kevin Eckstrom of the Religion News Service, who talked about Cardinal Raymond Burke, former Archbishop of St. Louis, who until this week, was the highest ranking judge in the Vatican, holding the post of Cardinal Prefect of the Supreme Tribunal of the Apostolic Signatura.

In October, Burke took a defiant stand against Pope Francis' more tolerant and accepting approach to the question of LGBT people and the church. Burke has consistently been the "aggro-conservative" voice at the Vatican and in the U.S. Catholic church.

When arch conservative Pope Benedict was in power, Burke was consistently rewarded for his political outspokenness, if the Vatican did frown on the flamboyant zeal with which Burke took to the fancy vestments of his office, wearing layers of lace, jewels and extravagant trains of trailing fabric to perform his duties.

"Pope Francis has now removed Burke from his post as the head of the Vatican's highest court," said Maddow on Tuesday night. "He's been moved to a job most notable for its lack of any meaningful responsibilities."

Burke is now the ceremonial chaplain for the charity group the Knights of Malta, a move that the Washington Post compared to sending U.S. Supreme Court Chief Justice John Roberts "to call balls and strikes at a little-league game."

"It is as big a fall for someone in Cardinal Burke's position," said Kevin Eckstrom, "as it could possibly be."

Watch video about this story, embedded below via MSNBC: