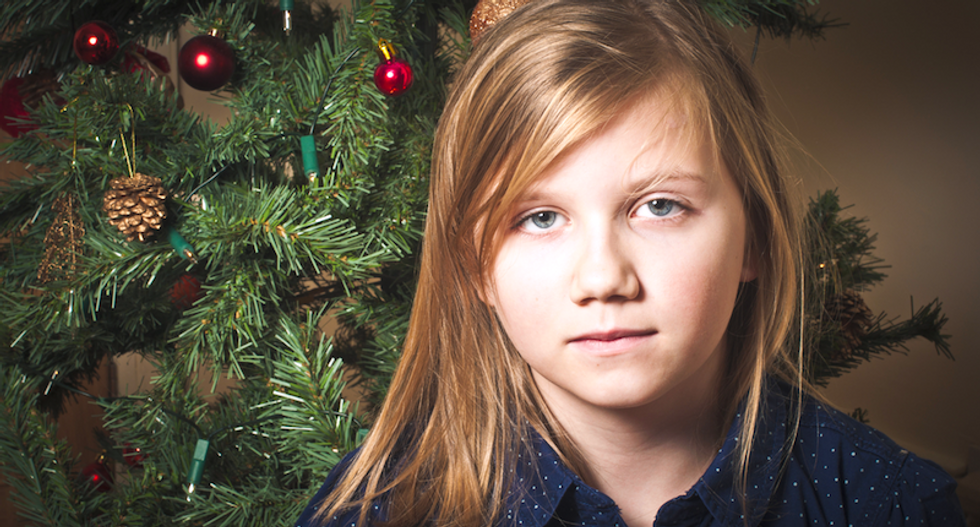 Muslims have been cast as the villains in an ongoing dispute over religious equality in a Maryland school district.

Even then, the activist group’s founder claimed in his article, “that’s not good enough” for the Muslims.

While EAG’s conclusions aren’t quite accurate – some of its reporting is.

Muslim families aren’t satisfied with the school board’s decision, because they’ve been asking the district for years to cancel classes on the Muslim holiday of Eid ul Fitr, which comes at the end of Ramadan.

"The Eid is just the same exact as Christmas day or Easter day or Yom Kippur," said mother Samira Hussein, who works for the school district. "The children want to be home with their families. This is a family holiday that God designated and gave us the time to celebrate and be joyous."

Students are given excused absences when they miss school for religious observance, but parents say they shouldn’t have to choose between their faith and their school work.

This year, Eid coincided with Yom Kippur, so students were already off school.

Montgomery County schools have closed on Jewish high holidays since the 1970s, because the area’s high Jewish population would create a high absenteeism rate.

They've always been closed for Christmas.

But county officials have said there aren’t enough Muslim families in the area to justify closing schools on Eid or other holidays celebrated in Islam.

"The absentee rate on the Eid holidays, when they've fallen on a school day, haven't been considerably higher or lower than it is on any other given day," said Dana Tofig, of Montgomery County Public Schools.

In response to the Muslim parents’ concerns, the school board voted 7-1 Tuesday to support Superintendent Joshua Starr’s recommendation to stop identifying religious holidays on scheduled days off but simply state schools will be closed on those dates.

The board did not, as Todd Starnes reported for Fox News, "eliminate all religious holidays."

The school board member who offered the amendment said the measure was “the most equitable option.”

But some of the Muslims who packed the school board meeting said the decision simply alienated religious communities while doing nothing to advance equality.

She said Muslim parents want Christian and Jewish holidays to remain on the school calendar – but they want a day off granted for theirs, too.

"What we're asking for is ... to also have both the Jewish holiday and the Muslim holiday Eid al-Adha both be recognized on the school calendar," said Chaundry, who is also Maryland outreach manager for the Council on American Islamic Relations.