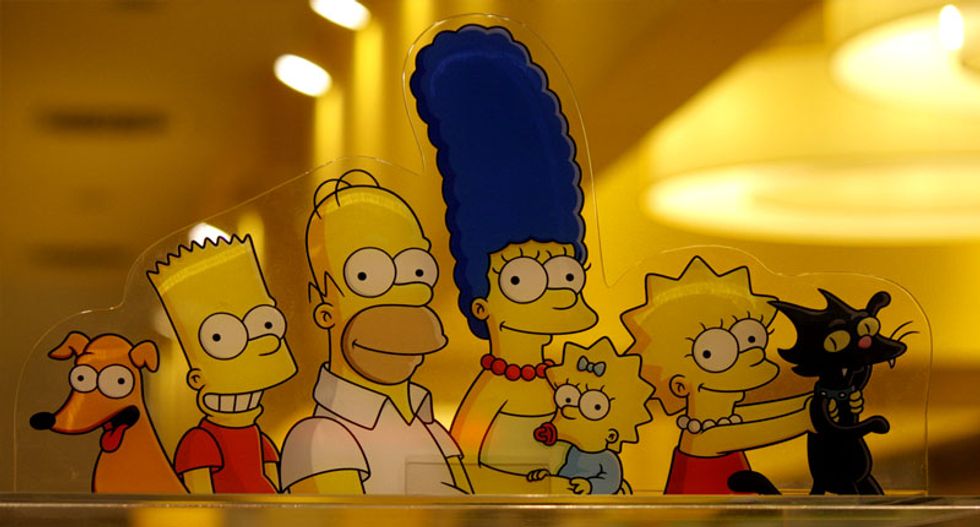 The characters of The Simpsons comic TV series (360b / Shutterstock.com)

An Irish bull destined for the slaughterhouse because he appears to be gay has been saved following a campaign supported by the co-creator of "The Simpsons", animal rights activists said Tuesday.

Benjy's failure to inseminate even one of a herd of cows in which he was mixing rendered him useless on his County Mayo farm, and the farmer decided to send him to the abattoir.

But after a story in the local newspaper and a campaign picked up by animal rights groups and a gay magazine, the Charolais-breed bull can now look forward to ending his years in an English animal sanctuary.

"All animals have a dire destiny in the meat trade, but to kill this bull because he's gay would've been a double tragedy," said Simon, a philanthropist and animal activist.

The producer, who has terminal cancer, said he was pleased to help "make Benjy's fate a sanctuary rather than a sandwich", according to a statement issued by animal rights group PETA.

PETA worked with Ireland's Animal Rights Action Network (ARAN) and gay website TheGayUK, who set up a crowdfunding website and campaign to save Benjy on social media.

More than £4,000 had already been raised by members of the public. With Simon's contribution, that total rose to £9,000 -- enough to buy the bull and arrange his transportation to the Hillside Animal Sanctuary in England next month.

However, ARAN spokesman John Carmody told supporters that any extra funds would help the sanctuary in its work.

"What could be better than to present Benjy with a Christmas gift that will literally last a lifetime, by giving him a one-way ticket to freedom," he said.