Ted Cruz: Net neutrality is Obamacare for the Internet 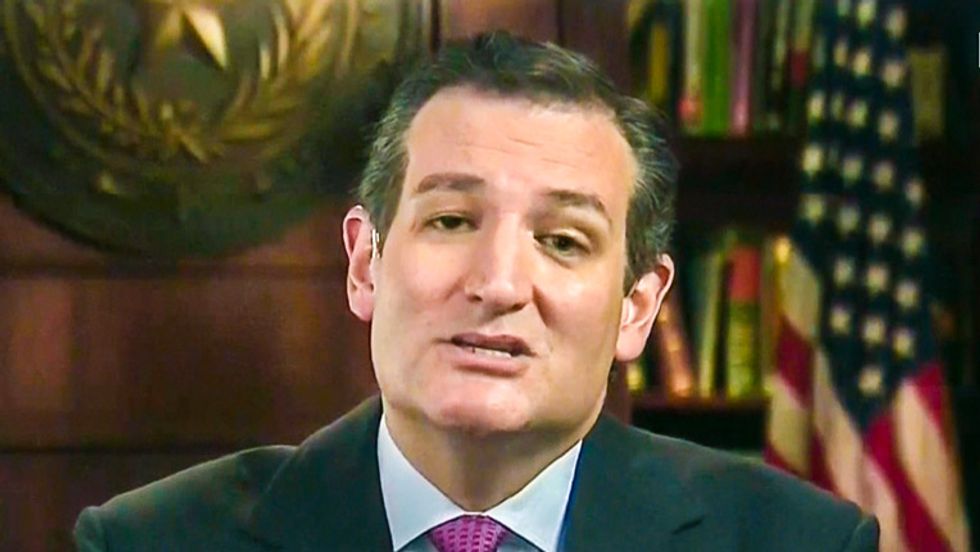 "'Net Neutrality' is Obamacare for the Internet; the Internet should not operate at the speed of government," he tweeted.

Net neutrality regulations would prohibit Internet service providers from blocking or slowing down access to any website or online service.

The Federal Communications Commission has drafted a set of net neutrality regulations, but critics of the proposed rules say they would allow ISPs to create “fast lanes” for websites of their choosing.

Obama said Monday that the FCC should reclassify the Internet as a public utility, allowing the agency to enforce stricter net neutrality regulations.

“Simply put: No service should be stuck in a ‘slow lane’ because it does not pay a fee. That kind of gatekeeping would undermine the level playing field essential to the Internet’s growth,” Obama said in a statement.

Cruz has previously said the FCC should be completely stripped of its authority to enforce net neutrality regulations. The power to regulate the Internet should be in the hands of Congress, he claimed.