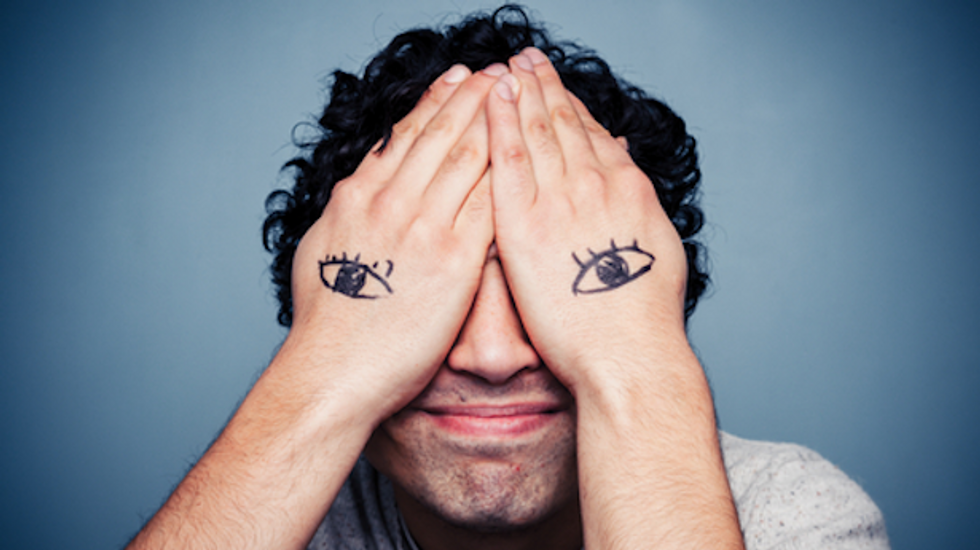 Does anyone remember Thorazine? It was an antipsychotic given to mentally ill people, often in institutions, that was so sedating, it gave rise to the term "Thorazine shuffle." Ads for Thorazine in medical journals, before drugs were advertised directly to patients, showed Aunt Hattie in a hospital gown, zoned out but causing no trouble to herself or anyone else. No wonder Thorazine and related drugs Haldol, Mellaril and Stelazine were called chemical straitjackets.

But Thorazine and similar drugs became close to obsolete in 1993 when a second generation of antipsychotics which included Risperdal, Zyprexa, Seroquel, Geodon and Abilify came online. Called "atypical" antipsychotics, the drugs seemed to have fewer side effects than their predecessors like dry mouth, constipation and the stigmatizing and permanent facial tics known as TD or tardive dyskinesia. (In actuality, they were similar.) More importantly, the drugs were obscenely expensive: 100 tablets of Seroquel cost as much as $2,000, Zyprexa, $1,680 and Abilify $1,644.

One drug that is a close cousin of Thorazine, Abilify, is currently the top-selling of all prescription drugs in the U.S. marketed as a supplement to antidepressant drugs, reports the Daily Beast. Not only is it amazing that an antipsychotic is outselling all other drugs, no one even knows how it works to relieve depression, writes Jay Michaelson. The standardized United States Product Insert says Abilify's method of action is "unknown" but it likely "balances" brain's neurotransmitters. But critics say antipsychotics don’t treat anything at all, but zone people out and produce oblivion. They also say there is a concerning rise in the prescription of antipsychotics for routine complaints like insomnia.

They are right. With new names and prices and despite their unknown methods of action, Pharma marketers have devised ways to market drugs like Abilify to the whole population, not just people with severe mental illness. Only one percent of the population, after all, has schizophrenia and only 2.5 percent has bipolar disorder. Thanks to these marketing ploys, Risperdal was the seventh best-selling drug in the world until it went off patent and Abilify currently rules.

Here are some of the ways Big Pharma made antipsychotics everyday drugs.

Everyone has heard of "mission creep." In the pharmaceutical world, approval creep means getting the FDA to approve a drug for one thing and pushing a lot of other drug approvals through on the coattails of the first one. Though the atypical antipsychotics were originally drugs for schizophrenia, soon there was a dazzling array of new uses.

Seroquel was first approved in 1997 for schizophrenia but subsequently approved for bipolar disorder, psychiatric conditions in children and finally as an add-on drug for depression like Abilify. The depression "market" is so huge, Seroquel's last approval allowed the former schizophrenia drug to make $5.3 billion a year before it went off patent. But before the add-on approval, AstraZeneca, which makes Seroquel, ran a sleazy campaign to convince depressed people they were really "bipolar." Ads showed an enraged woman screaming into the phone, her face contorted, her teeth clenched. Is this you, asked the ads? Your depression may really be bipolar disorder, warned the ad.

Sometimes the indication creep is under the radar. After heated FDA hearings in 2009 about extending Zyprexa, Seroquel and Geodon uses for kids--Pfizer and AstraZeneca slides showed that kids died in clinical trials--the uses were added by the FDA but never announced. They were slipped into the record right before Christmas, when no news breaks, and recorded as "label changes." Sneaky.

And there is another "creep" which is also under the radar: "warning creep." As atypical antipsychotics have gone into wide use in the population, more risks have surfaced. Labels now warn against death-associated risks in the elderly, children and people with depression but you have to really read the fine print. (Atypical antipsychotics are so dangerous in the elderly with dementia, at least 15,000 die in nursing homes from them each year, charged FDA drug reviewer David Graham in congressional testimony.) The Seroquel label now warns against cardiovascular risks, which the FDA denied until the drug was almost off patent.

Perhaps no drugs but ADHD medications have been so widely used and often abused in children as atypical antipsychotics. Atypical antipsychotics are known to "improve" behavior in problem children across a broad range of diagnoses but at a huge price: A National Institute of Mental Health study of 119 children ages 8 to 19 found Risperdal and Zyprexa caused such obesity a safety panel ordered the children off the drugs.

In only eight weeks, kids on Risperdal gained nine pounds and kids on Zyprexa gained 13 pounds. "Kids at school were making fun of me," said one study participant who put on 35 pounds while taking Risperdal.

Just like the elderly in state care, poor children on Medicaid are tempting targets for Big Pharma and sleazy operators because they do not make their own medication decisions. In 2008, the state ofTexas charged Johnson & Johnson subsidiary Janssen with defrauding the state of millions with “a sophisticated and fraudulent marketing scheme,” to “secure a spot for the drug, Risperdal, on the state’s Medicaid preferred drug list and on controversial medical protocols that determine which drugs are given to adults and children in state custody.”

Many other states have brought legal action against Big Pharma including compelling drug makers to pay for the extreme side effects that develop with the drugs: massive weight gain, blood sugar changes leading to diabetes and cholesterol problems.

It's called polypharmacy and it is increasingly popular: Prescribing several drugs, often as a cocktail, that are supposed to do more than the drugs do alone. Big Pharma likes polypharmacy for two obvious reasons: drug sales are tripled or quadrupled—and it's not possible to know if the drugs are working. The problems with polypharmacy parallel its "benefits." The person can’t know which, if any, of the drugs are working so they take them all. By the time someone is on four or more psychiatric drugs, there is a good chance they are on a government program and we are paying. There is also a good chance the person is on the drugs for life, because withdrawal reactions make them think there really is something wrong with them and it is hard to quit the drugs.

Into this lucrative merchandising model came the idea of "add-on" medications and "treatment-resistant depression." When someone's antidepressant didn't work, Pharma marketers began floating the idea that it wasn't that the drugs didn't work; it wasn't that the person wasn't depressed to begin with but had real life, job and family problems—it was "treatment-resistant depression." The person needed to add a second or third drug to their antidepressant, such as Seroquel or Abilify. Ka-ching.

Just as Big Pharma has camped out in Medicare and Medicaid, living on our tax dollars while fleeing to England so it doesn't have to pay taxes, Pharma has also camped out in the Department of Defense and Veterans Affairs. Arguably, no drugs have been as good for Big Pharma as atypical antipsychotics within the military. In 2009, the Pentagon spent $8.6 million on Seroquel and VA spent $125.4 million—almost $30 million more than is spent on a F/A-18 Hornet.

Risperdal was even bigger in the military. Over a period of nine years, VA spent $717 million on its generic, risperidone, to treat PTSD in troops in Afghanistan and Iraq. Yet not only was risperidone not approved for PTSD, it didn't even work. A 2011 study in the Journal of the American Medical Association found the drug worked no better than placebo and the money was totally wasted.

In the last few years, the makers of Risperdal, Seroquel and Zyprexa have all settled suits claiming illegal or fraudulent marketing. A year ago, Johnson & Johnson admitted mismarketing Risperdal in a $2.2 billion settlement. But the penalty is nothing compared with the $24.2 billion it made from selling Risperdal between 2003 to 2010 and shareholders didn't blink. The truth is, there is too much money in hawking atypical antipsychotics to the general population for Pharma to quit.

This story originally appeared at AlterNet.