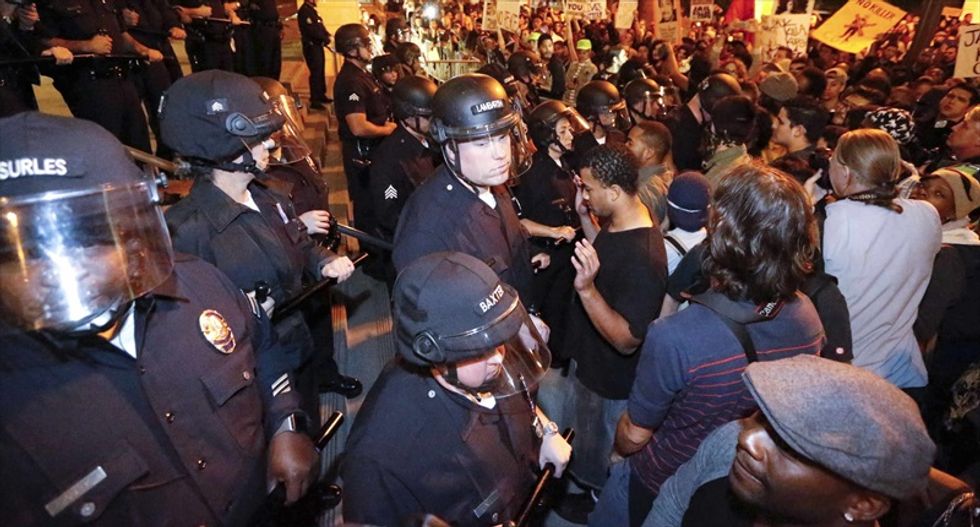 Protesters face off against a line of police during a demonstration outside LAPD headquarters, following the Monday grand jury decision in the shooting of Michael Brown in Ferguson, Missouri, in Los Angeles, California on Nov. 25, 2014. Photo by Lucy Nicholson for Reuters.

Police in Los Angeles are reportedly arresting several protesters in one of several demonstrations around the country showing solidarity with the family of slain Missouri teenager Michael Brown.

The protest is being streamed live by "PMBeers," and can be seen here.