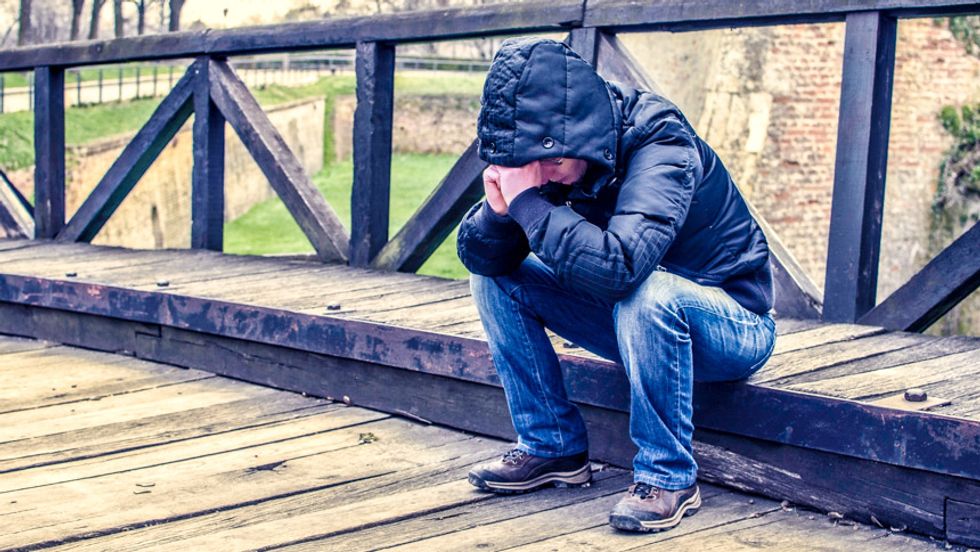 A West Virginia police officer reportedly was planning to resign after throwing a homeless man's backpack into the Elk River in August.

According to a criminal complaint obtained by the The Charleston Gazette, Charleston Patrolman Brian Lightner confronted 26-year-old Andrew Joel Hunt on the Spring Street bridge on Aug. 18 over an argument that several homeless people were having while standing in the road.

Hunt admitted that he had been drinking. And when he refused to leave, Lightner arrested him.

After getting out of jail, Hunt complained that Lightner had tossed his backpack off the bridge, including a laptop with the only photos he owned of his dead wife.

The Charleston Police Department eventually agreed to an undisclosed settlement with Hunt after the dive team recovered his belongings.

Brendan Doneghy, who was representing Hunt on the public intoxication and disorderly conduct charges, told The Charleston Gazette that he found it strange at the time that the police department would file a motion to drop the charges without an explanation.

“I received a dismissal out of nowhere,” Doneghy recalled. “It made me suspicious the allegations [against Lightner] were true.”

For his part, Lightner called dealing with homeless people a "frustrating job."

Charleston Police Chief Brent Webster confirmed had been suspended without pay since Sept. 9. But he would not comment on sources who said that Lightner had agreed to resign to avoid being charged with destruction of property.