Are blacks 'primed' to fall for conspiracy theories? Ex-NFL player explains his 9/11 'truther' past 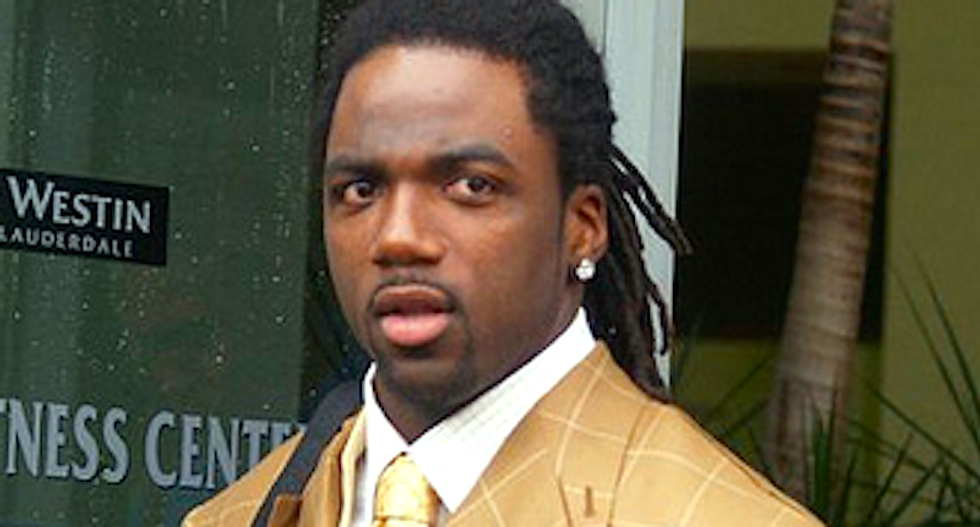 Former NFL player and current Huffington Post contributor Donte Stallworth explains how he fell down the “rabbit hole” and became a 9/11 “truther” after learning more about the history behind the terrorist attacks.

His past questions and other statements questioning the official narrative of the event became an issue earlier this year, after the online publication hired him.

Stallworth explains in a lengthy piece published Tuesday that he learned in 2008 that Osama bin Laden had been previously connected to U.S. government agents during the Soviet-Afghan war, and that knowledge led him to conspiracy theories about possible White House involvement in plotting the attacks.

“If I'd been so wrong about the alliance with bin Laden, what else was I wrong about?” Stallworth said he wondered. “What else was the government hiding? This, for me at least, is how the door opened. My journey into and out of conspiracy land, however embarrassing it was for me when a recent pile-on began is useful to think about, because I am by no means alone. And we ignore or ridicule conspiracy thinking at our peril.”

Stallworth describes how he began listening to the Alex Jones radio program and watching the online video series “Loose Change,” which he said was appealing because viewers could see the evidence for themselves and make up their own minds about questions the producers raised.

“Another important element in spreading conspiracy theories is to raise questions, in which much dot-connecting is implied, and let the viewers or listeners draw their own conclusions,” the former wide receiver said. "’Loose Change’ gives the viewer the feeling that he and the narrator are on a collective search for answers, and that bond engenders trust.”

“I was particularly primed to believe what I was hearing,” he said. “For many within the African-American community, it is almost commonplace to believe, for instance, that the federal government has been and/or is flooding neighborhoods with guns and drugs that fuel violence within the black community.”

The former pro athlete said black Americans have mistrusted the government from the beginning, when they were brought over from Africa as slaves.

The FBI targeting of civil rights leaders – many of whom were later murdered – and other conspiracies, such as the Tuskegee experiments, have nudged black Americans toward believing the government might have introduced crack cocaine and AIDS into black communities, he said.

Stallworth said polls show he was fairly unusual among African-Americans in believing that “the government knew something about 9/11 beforehand and turned a blind eye or worse.”

But he said black Americans are far more likely than other groups to say they don’t know whether the U.S. government might have been involved in plotting the attacks.

Stallworth concedes he got “deeper into the conspiracy world than (he’d) like to admit,” but he finally began to doubt his conclusions after noticing that every news event signaled a new conspiracy to Alex Jones and similar commentators.

“I think the moment the conspiracists finally lost me came when they started proclaiming that President Obama was the Antichrist, essentially sent to America, presumably from Kenya, by an evil cabal to destroy U.S. sovereignty and establish a global government,” Stallworth said. “Obama has done plenty that I've disagreed with, as my Twitter feed will attest, but the Antichrist?”

A friend encouraged him to rethink his views on 9/11, and he engaged in additional research during the NFL lockout three years ago and found many inconsistencies in the conspiracy theories.

“We were attacked by terrorists, and there were multiple institutional failures within the federal government,” he said. “The George W. Bush White House was at the very least unimaginative and deaf to warnings about terrorist attacks on U.S. soil that appeared in CIA briefings for months leading up to 9/11. The government was incompetent, not a co-conspirator.”