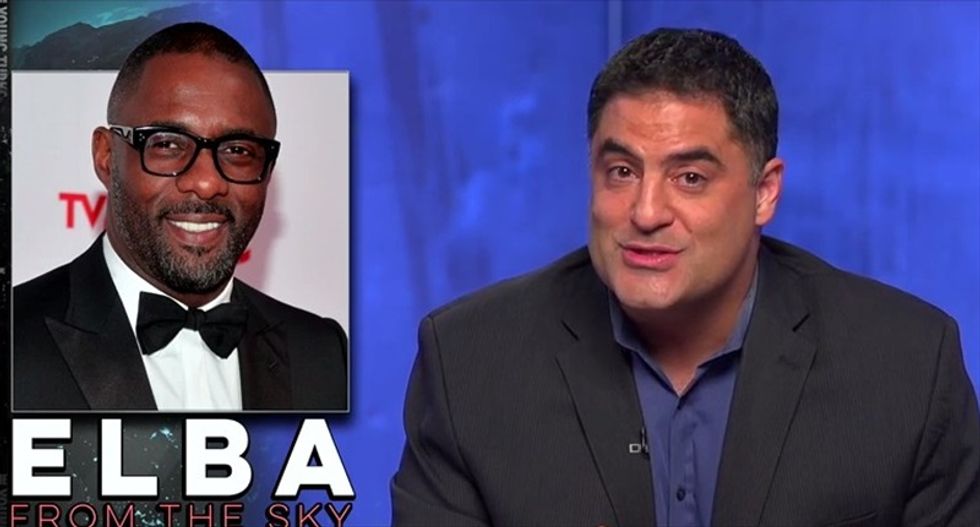 "If they think they'll get good box office returns, and he'd make a great Bond and they'd make more money -- hey, Rush, we'd call that capitalism, isn't it?" Uygur said. "I know it bothers your racist ass -- that's probably why you won't go see the movie. But the rest of us are not like you, and we might enjoy things 'shaken, not stirred' at Bond."

Limbaugh brought up the issue on his radio show earlier in the day, arguing that Bond, the fictional British spy, "was white and Scottish, period."

The Huffington Post reported during an interview with Elba last year that "James Bond" was a frequently-searched term in connection with the actor's name online. Elba responded by saying, "If I was ever to get offered that role, that would be the will of a nation."

But Limbaugh rejected the prospect, comparing putting Elba in the role to the idea of white people playing President Barack Obama and First Lady Michelle Obama. Uygur pointed out that there were complaints when Craig was cast in the role in 2005 because he has blond hair.

"The question is, why does it bother Rush so much?" Uygur asked, before alluding to conservative reactions to the idea that Santa Claus could be Black.

"I hate to break the news to you, but Santa's also fictional -- we can make him anything we like," Uygur said. "Yes, normally he was drawn up as a jolly fat guy who's white. You can make him a skinny Asian if you like."

Watch Uygur's commentary, as posted online on Tuesday, below.