'Criming While White': Twitter reacts to Garner decision with tales of white privilege 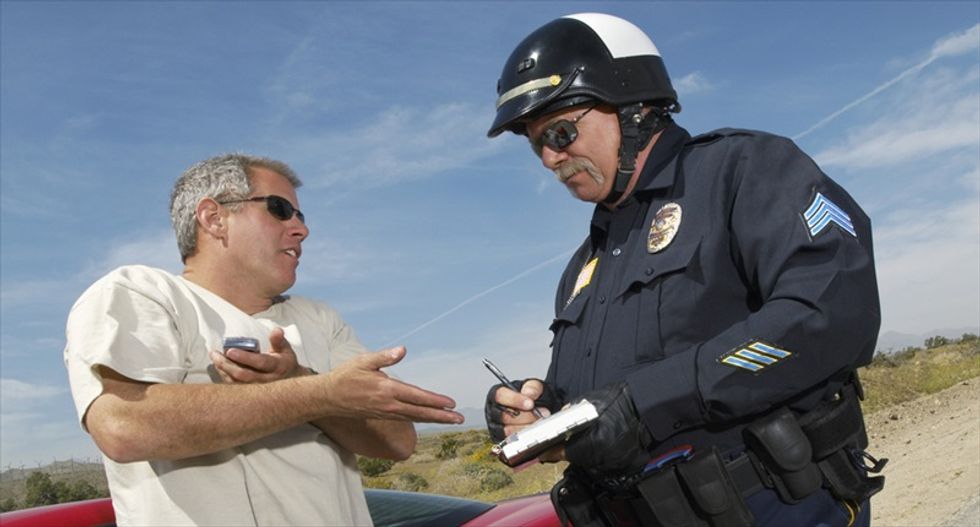 As protests continued in New York City following a grand jury's decision not to indict a local police officer in connection with the death of Eric Garner, part of the discussion on Twitter regarding police violence and race came to light via the hashtag #CrimingWhileWhite.

Several white users came forward with their own stories of either breaking laws or noncompliance with police, revealing that they were not punished -- let alone killed -- during their encounters:

One user highlighted the difference between the deaths of Garner and other Black men killed by police and Texas teenager Ethan Couch, who was driving drunk when he was involved in a crash that killed four people, but saw no jail time after his attorneys argued he was suffering from "affluenza" from growing up in a rich family.

Underage drunk bicycle ride - fell off bike in front of cop, who put my bike in his trunk, gave me a ride home no report. #CrimingWhileWhite
— ARSather (@ARSather) 1417662500.0

I drove for 2 months without a muffler, but my black friend got a muffler violation with a perfectly good muffler. #CrimingWhileWhite
— Nicole (@Nicole) 1417662882.0

Another user pointed out that Garner and John Crawford in Ohio were killed in connection with relatively minor offenses, while Jared Loughner and James Eagan Holmes -- both accused of perpetrating mass shootings -- were taken into custody alive.