Fox host: Minority communities need to be trained to be 'more sensitive to the police' 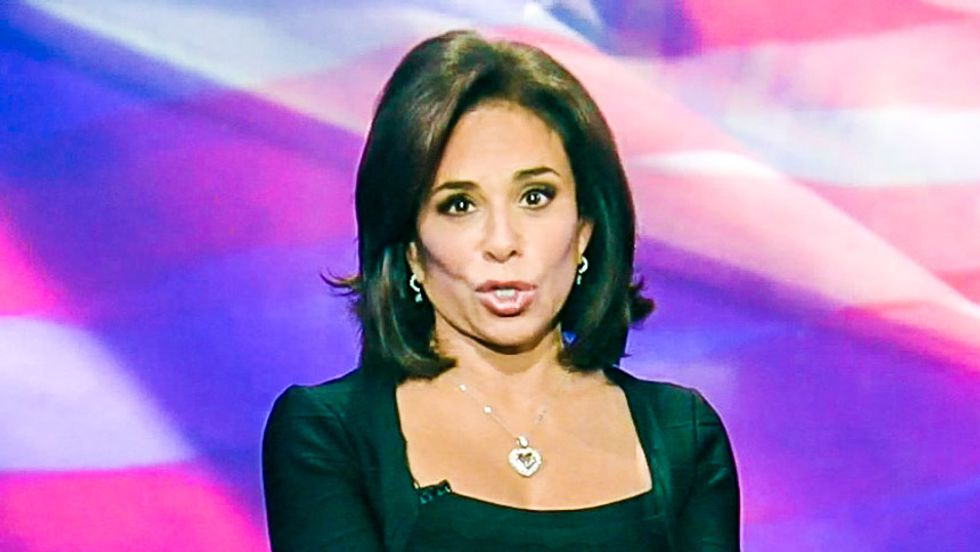 Wrapping up an episode of  Justice with Judge Jeanine, host Jeanine Pirro relayed the results of a Fox News "Instapoll" asking viewers whether police officers need to be retrained to better deal with "minorities," before she concluded that it is the public that needs training in police/community relations.

In the wake of nationwide protests over the deaths of Michael Brown and Eric Garner at the hands of law enforcement, Pirro -- a former New York prosecutor and judge -- recited the poll question, "Do police need to be retrained on how to be sensitive to the minority community," with Pirro making an 'air-quote' gesture when saying "minority."

According to Pirro, the response from Fox viewers was "overwhelmingly in favor of law enforcement."

Listing off comments from viewers, Pirro quoted Fox viewer 'Jeff' who wrote, "Why is it always necessary to tip toe around the minority community," with 'Larry' writing, "No. Enough is enough. The general public needs to be more sensitive to the police and show them the respect they deserve."

Viewer 'Jordan' disagreed, saying."Yes. Those cops were racially profiling," setting off a condescending Pirro who said, "Hey Jordan, you don't even know what racial profiling is."

"That's when race is used to engage law enforcement in the minority community, " she explained. "But offender profiling is when an offender is ID'd by a description including his race, which is the only way to investigate some of these cases."

Pirro also disagreed with 'Ann' who wrote, " Sure do... I seriously doubt this man would have been treated so harsh if he were white."

The former judge dismissed the comment, saying "you're wrong," before asking, "Did you notice the African-American cop standing around?"

Watch the Fox News video below, uploaded by Raw Story: