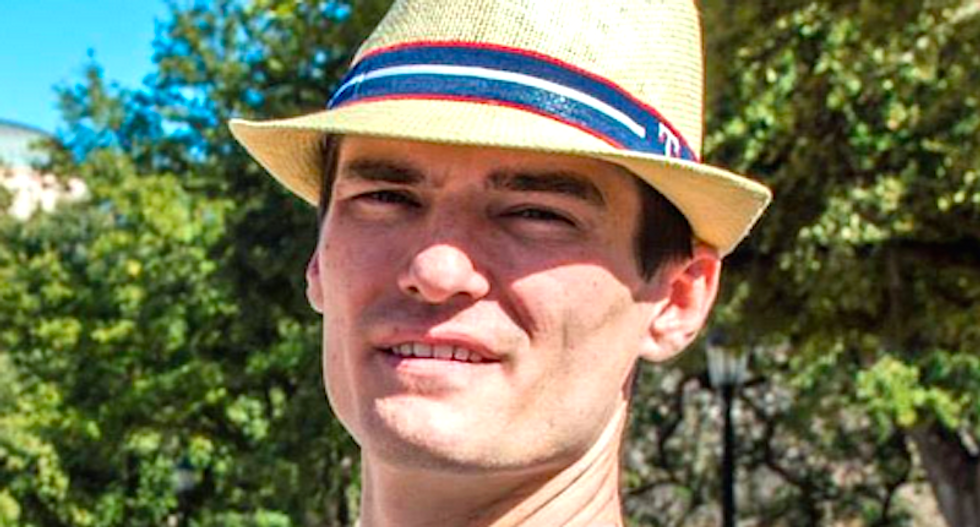 A Texas gun-rights activist avoided serious injury over the weekend when a suspected drunken driver slammed into him after leaving his observation of a DUI checkpoint.

Kory Watkins, a “cop watcher” and president of the Open Carry Tarrant County group, said he was on his way home from a protest at a traffic safety checkpoint set up by Arlington police when he was struck from behind by another vehicle.

“A drunk driver was going around 100 mph and smashed into the back of me,” Watkins said on his Facebook page. “I could not control the car, I went sideways, then flipped 3 times, hit a cement piller to stop my roll and put me in a ditch on The side of (Interstate) 287. I was 2 miles from being home. I am incredible lucky to be breathing. I can’t tell you how lucky I am to be alive.”

Watkins had been alerting other drivers to the checkpoint -- which courts have upheld as constitutional but the libertarian activist describes as revenue-generating scheme -- and shouting “You criminals!” at officers as they stopped drivers.

He later thanked officers for checking on his well-being after the crash, although he was ticketed for driving without a valid license.

“I don’t ask for permission to drive a car I paid for on a road I paid for,” Watkins said.

He posted on Facebook that he did not advocate drinking and driving, but he also said he didn't believe there should be laws against drunken driving.

Watkins lashed out at his critics who pointed out the layers of irony in the incident.

“I see a few sick I individuals taken time to think this is a joke or it’s funny that the cops helped me,” Watkins said. “Let me say this. I am happy the police showed up to catch him but I’m trying to figure out where they helped me any….. Was it the part where they showed up 15 minutes after the crime or was it when they wrote me a 300$ ticket after my car was totaled?”

“Any sick f*ck that thinks this is the time to crack irony jokes can go the hell away,” Watkins continued. “I’m lucky to be alive. There are some sick people that try to take a situation and spin it to fit their beliefs when they don’t know crap. Some sick people …. Mother f*cker almost dies and people are joking about it. Disgusting.”