It's time for pervasive surveillance -- of the police 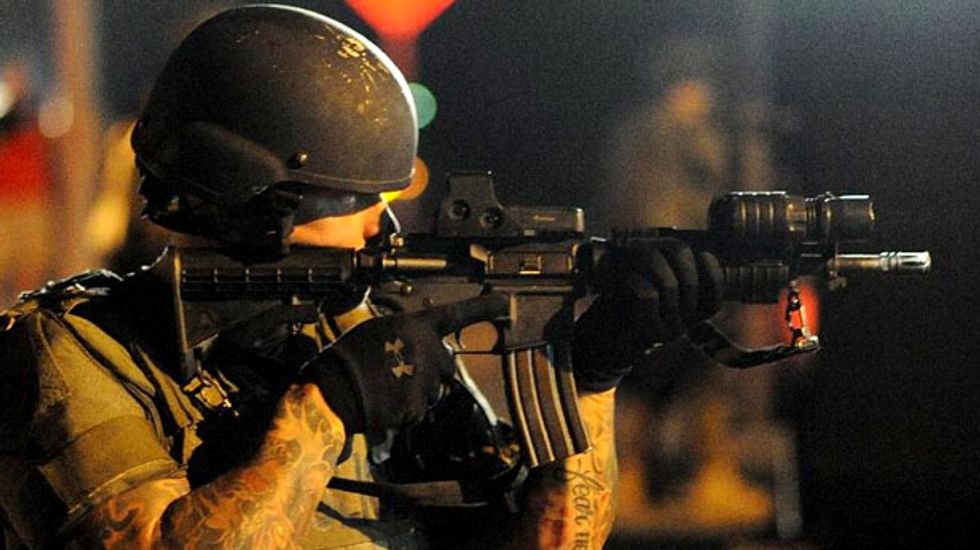 Michael Brown’s recent shooting death by Ferguson police officer Darren Wilson illustrates the pressing importance of digitally documenting police activity, while Eric Garner’s case illustrates the limits. Had Officer Wilson been wearing a body camera, we would have a far better understanding of just what, exactly, triggered Brown’s death. But the existence of a video capturing Garner’s death-by-chokehold was not enough to persuade a New York grand jury to indict. So what does this tell us about the value of recordings?

We need recordings, and we need them not just to investigate high-profile shootings. There is a growing demand for accurate recording of the entire spectrum of police activity, making greater transparency of policing an urgent priority. However, recordings by themselves are not a magic bullet.

The need for more recording is undeniable. Unless a bystander has a cell-phone camera ready, our knowledge of contested facts too often depends solely on the reports of police officers and the citizens with whom they interact. Although we know that most police officers do make a good faith effort to accurately report the facts, we also know that some officers do not. For instance, according to a recent survey one out of every seventeen Denver police officers has been subject to administrative discipline for “departing from the truth” in matters related to their official duties That figure counts only those who have been formally sanctioned.

Concerns about police dishonesty extend throughout the evidence-gathering phases of criminal procedure. Police officers have been found lying about observing suspects engaged in illegal activities, where and how contraband was recovered, and whether suspects consented to searches, were given Miranda warnings, or confessed.

The mind can play tricks on us

Even when police make good faith efforts to comply with the law, unintentional bias, poor memory, and sloppy procedures can undermine the accuracy of arrest reports, interview reports, and testimony. This leads investigators and courts to make incorrect inferences regarding the reliability or admissibility of evidence or even, in some cases, about a defendant’s substantive guilt.

Problems of this sort arise because the investigatory process occurs in a black box. Absent blind trust in the accuracy and honesty of first person accounts, we cannot be confident that we know what really happened.

Stationhouse questioning and lineup administration could be easily handled through use of conventional video recording devices. Dashboard cameras already record highway stops in numerous jurisdictions. For encounters in the field, as President Obama recent urged, so-called “body worn video” could cheaply and easily be used to document police-citizen encounters.

There are numerous reasons to use technology to monitor police activity. Visual recordings provide far more complete and accurate evidence of key evidentiary events, such as police-citizen confrontations, confessions and eyewitness identifications. Without recording, prosecutors, defense lawyers, judges, and juries are all left reconstructing the key events of an investigation based on often conflicting hearsay accounts from police, the defendant, and eyewitnesses. Given the ease of making a digital recordings, it is simply crazy to expect juries routinely to accept police officers’ hearsay accounts when they could instead be presented a real-time recording of the event.

Given the obvious advantages, the question is not whether we should routinely record police activity, but why such recording technology hasn’t already been more widely adopted.

Police have their own reasons for objecting to video

There are four main reasons. First, police departments believe, rightly or wrongly, that secrecy is vital to their effectiveness, and that courts and the general public will misperceive or misinterpret their conduct if they are caught taking shortcuts. Second, even entirely by-the-book police officers resist pervasive recording because of privacy concerns. Third, figuring out how to handle massive amounts of digital data presents real hurdles, and courts are reluctant to devote the resources needed to sift through the massive amounts of data that would be produced by pervasive recording, nor have they mastered how such data can be presented to jurors cheaply, efficiently, and consistent with traditional rules of evidence. Finally, police departments point to tight budgets as a reason not to invest in digital recording.

While these are real concerns, they are not insurmountable. Jurors are surprisingly sophisticated when it comes to understanding, and tolerating, legitimate but deceptive or devious investigative strategies. The police need for tactical secrecy must, at some point, give way to the need to deter police misconduct and document facts that might be critical to the determination of guilt and innocence.

Likewise, police officers’ potential privacy concerns, while understandable, are overstated. Employers generally are free to surveil their employees as long as they provide adequate notice. Police officers, moreover, are uniquely public actors and are routinely expected to perform their duties in front of spectators. (Of course, privacy concerns are not limited to police, and may be even more acutely felt by citizens who interact with them. Protections would need to be developed for them.) Finally, neither court procedures nor police budgets should stand in the way. The expense of digital cameras is relatively small. If using cameras prevents even one one major civil rights lawsuit, it would more than cover the costs. And whether or not we move toward widespread recording, big data is coming, and lawyers and courts will have to learn to handle it. The justice system will adapt.

Of course, cameras are no panacea. The Eric Garner case is only the latest reminder that people can see an event for themselves and still disagree about what happened. The difference, however, is that with the video, we have a basis for discussion. Like the Rodney King beating before it, the recording is the prerequisite for the conversation that followed. Factual knowledge is needed to figure out how, or whether, things must change. And increased transparency is needed not just in force cases, but at every stage of criminal justice. As both the Michael Brown and Eric Garner cases so tragically demonstrate, we need to know the facts. That much is obvious. Figuring out what to do with that knowledge is more difficult, and even more essential.