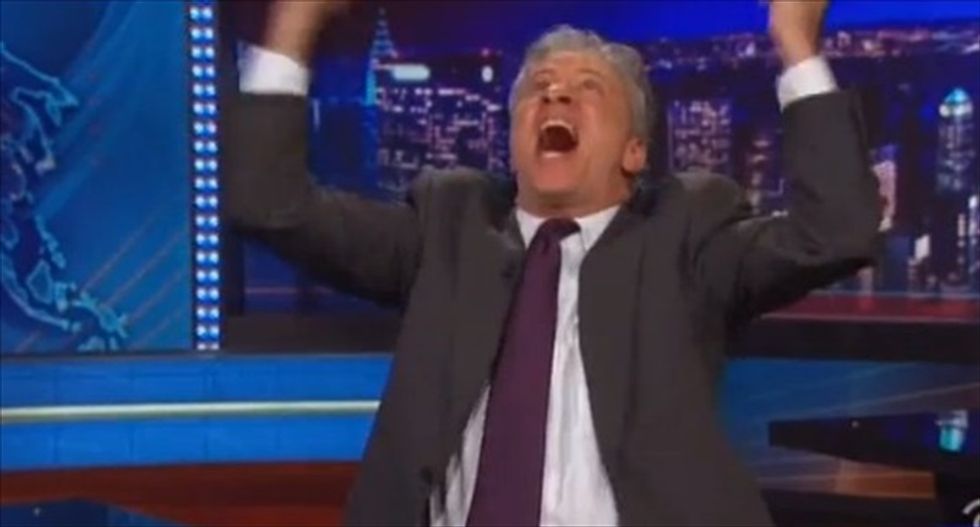 Even Daily Show host Jon Stewart found it hard to come up with anything funny to say on Wednesday in the wake of a Staten Island grand jury's decision not to indict Officer Daniel Pantaleo in connection with the death of Eric Garner.

"I don't know," Stewart confessed. "I honestly don't know what to say. If comedy is tragedy plus time, I need more f*cking time. But I would really settle for less f*cking tragedy, to be honest with you."

What separated this case from the one involving Ferguson, Missouri officer Darren Wilson, Stewart said, was that grand jury in that case had to contend with conflicting accounts of his shooting and killing Michael Brown this past August. Yet the results were the same as in the Garner decision.

The fact that Pantaleo was not indicted despite being clearly seen on video grabbing Garner from behind in what the New York City Medical Examiner's office later determined to be a chokehold, Stewart said, ran counter to the idea that requiring officers to wear body camera could cut down on encounters of this nature.

"I mean, maybe, to look at the bright side, we're about to save ourselves a sh*tload of money on cop camera vests, but damn," Stewart lamented. "We are definitely not living in a post-racial society. And I can imagine there's a lot of people out there wondering how much of a society we're living in at all."

Stewart was so flustered, at one point he threw up his hands and yelled "F*ck" at the ceiling. However, he still managed to sneak in a jab at the cuisine at Arby's.

"Arby's: You think pain and grief are hard to digest," he said sarcastically.