Jon Stewart mocks Andrea Tantaro's 'awesome' rant: 'The most ridiculous thing I have ever heard' 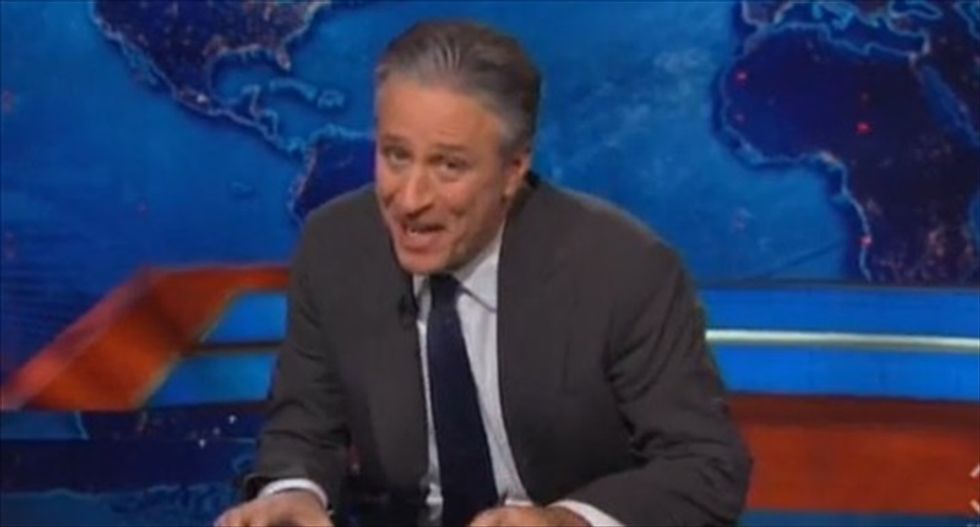 Daily Show host Jon Stewart dissected Fox News Andrea Tantaros' argument that the discussion surrounding the CIA's torture of detainees was being fueled politically to cast the U.S. as not being "awesome."

"First of all, this administration doesn't want us to have this discussion," Stewart said. "And also, that's the most ridiculous thing I have ever heard."

On Tuesday, Tantaros and her fellow Outnumbered panelists accused Senate Democrats of releasing the report detailing abuses levied against detainees following the 9/11 attacks in an effort to make the country look bad.

Correspondent Hasan Minhaj stepped in as a surrogate for Tantaros, telling Stewart he thought her rant was "awesome," as well.

"It reminds me of our national anthem," Minhaj said, before playing a clip of "Everything is Awesome" from The Lego Movie.

"I'm pretty sure that it's supposed to be ironic," Stewart told Minhaj.

"It is not fair to hold us to an impossible standard like 'never torture,'" Minhaj responded, adding "air quotes."

Stewart then pointed out that it was the U.S. who set that standard, as defined in the United Nations' Convention Against Torture. He highlighted Article 2 of the document, which states that "no exceptional circumstances" exist allowing a country to justify torture.

"Signed in 1988 by no shrinking violet, President Ronald Reagan," Stewart argued. "We signed that."

Minhaj retorted by saying the U.S. signs "ton of sh*t."

"Look at the Declaration of Independence -- we wrote, 'All men were created equal,' while we had slaves," he told Stewart. "That was pretty awesome."