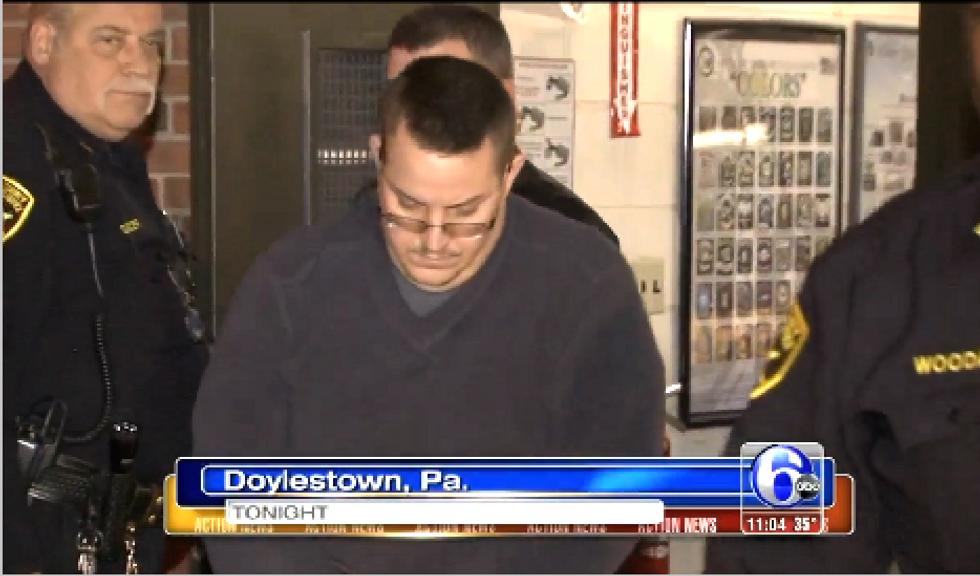 A Pennsylvania man is in trouble after falsely reporting to police that he was attacked on Monday by fugitive mass murderer Bradley Stone.

According to the New York Daily News, Luke Sanderlin, 34, was arrested on Friday once police determined that he had falsified his report to police in order to draw attention to himself and to raise money for an undisclosed medical issue.

Bucks County District Attorney Dave Heckler said that Sanderlin sought to take advantage of the chaos and press attention surrounding Stone's murderous rampage, which took place on Monday and ended with seven deaths, including Stone, who took his own life.

Stone, a veteran of the U.S. War in Iraq, shot to death his ex-wife, her mother, grandmother and two other family members, including his 14-year-old niece.

During the frantic manhunt to track down Stone, Sanderlin called 911 on Monday and told police that a knife-wielding man matching Stone's description had attacked him and attempted to steal his car keys. Sanderlin said that his pet pit bull and a volley of shots fired from his gun were enough to scare the attacker away.

Authorities diverted their search for Stone to Sanderlin's neighborhood in Doylestown, costing taxpayers thousands of dollars and costing the manhunt valuable hours.

"We contend that he performed an enormous hoax that cost taxpayers a lot of money," said Heckler at a news conference Friday. "This is terrible conduct. This is unacceptable conduct."

Stone was found dead on Tuesday near a home in Pennsburg that he shared with his current wife and their child. A bloody ax and several bottles of prescription pills were found near the corpse, but police have declined to name a cause of death until autopsy reports are complete.

Sanderlin was charged with filing a false report, reckless endangerment and risking a catastrophe when he was arrested on Friday.

Sanderlin's neighbors say that he had been attempting to some time to raise money to ease financial difficulties brought on by an undisclosed medical condition. The fund-raising had not been going well, Sanderlin's wife reportedly told a friend, saying that if things didn't pick up, the couple would have to “invent something like a bout of cancer" to spur donors.

"The fundraising wasn't going well and we're contending that Mr. Stone's terrible crimes gave the opportunity for that 'something else' to happen," Heckler told reporters.

Sanderlin is currently being held in Bucks County Jail on $250,000 bail.