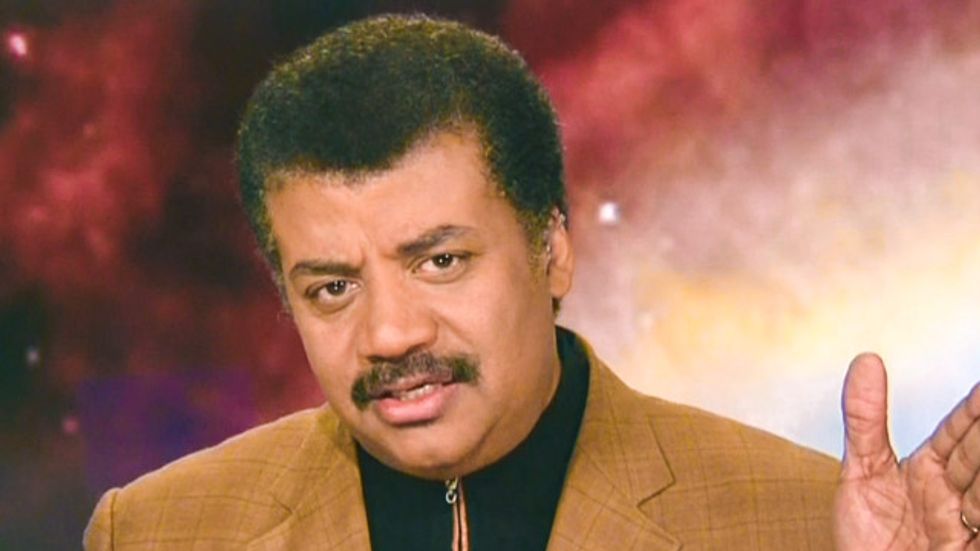 Neil deGrasse Tyson took to Facebook to explain his "most retweeted tweet," a Christmas Day message in which he wrote that "[o]n this day long ago, a child was born who, by age 30, would transform the world. Happy Birthday Isaac Newton."

In a message posted on Facebook, Tyson wrote that it was his admiration for Newton's accomplishments -- and not any anti-Christian sentiment -- that led him to compose the tweet.

"Everybody knows that Christians celebrate the birth of Jesus on December 25th," he wrote. "I think fewer people know that Isaac Newton shares the same birthday. Christmas day in England -- 1642. And perhaps even fewer people know that before he turned 30, Newton had discovered the laws of motion, the universal law of gravitation, and invented integral and differential calculus."

"My sense in this case is that the high rate of re-tweeting, is not to share my enthusiasm of this fact, but is driven by accusations that the tweet is somehow anti-Christian," Tyson continued. "If a person actually wanted to express anti-Christian sentiment, my guess is that alerting people of Isaac Newton's birthday would appear nowhere on the list."

After noting that he's previously written more controversial tweets involving Jesus -- including one in which he "wonder[ed] which assault rifle Jesus would choose: the AR-15 or AK-47" -- Tyson admitted that he "can honestly say that I don't understand the breadth and depth of reaction to the Newton tweet, relative to all my other tweets over the years."

However, he did issue a warning to his followers about his post-New Year's Day tweets: "I'll be tweeting about Earth's perihelion. Just a head's up in case people want to avert their eyes over that one."

UPDATE: This morning, Neil deGrasse Tyson posted a collection of all his tweets that referenced either religion or atheism.