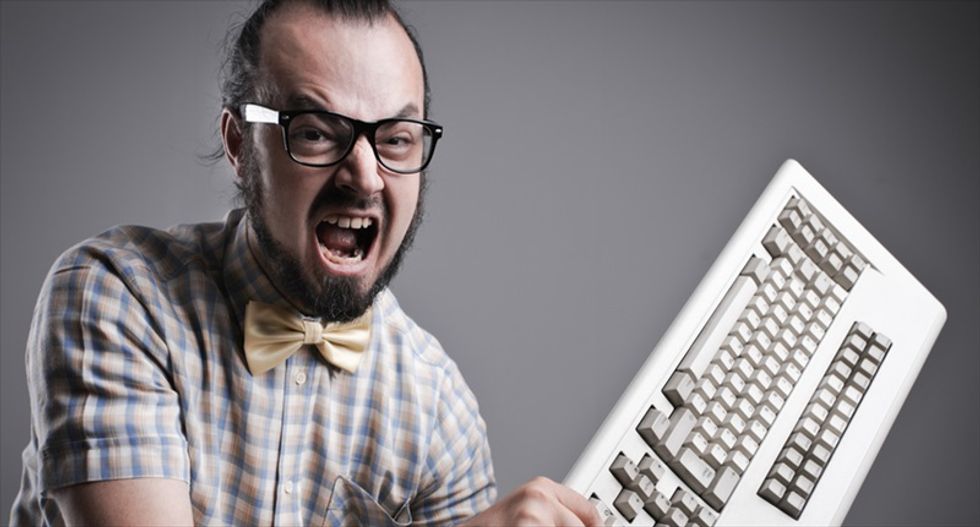 A New York woman was allegedly framed for posting racist remarks against Ferguson protesters online by an ex-boyfriend, Gawker reported on Monday.

Comments calling demonstrators "ape n*ggers" and describing Africa as "f*cking dirty and hut and Ebola ridden" late last week were intially attributed to the woman. The posts, with the woman's name removed, can be seen below:

A tumblr account, Racists Getting Fired, shared the posts, including the address and phone number for her place of employment, a Middletown movie theater.

The post was subsequently shared and highlighted thousands of times. The theater responded by stating that it investigated the posts and discovered that they had been fabricated.

"This hateful behavior is dangerous and illegal," the theater posted. "A police report has been filed, and we will pursue prosecution to the fullest extent of the law against the person or persons who committed these illegal acts."

Racists Getting Fired did not remove the original post, but did add a note linking to the man's Facebook page and accusing him of impersonating the woman. The man has apparently deleted his Facebook and Tumblr accounts since.

"He's trying to save his a*s after attempting to ruin this woman's life," Racists Getting Fired posted. "Coward!"

The site regularly highlights racist comments posted on other social media platforms and tells readers how to contact employers to complain about their online remarks. On Saturday, the site's administrator stated that they had been warned that members of 4Chan and Reddit had tried to "dox" them and share their own personal information online.