NYPD union head: Mayor de Blasio's 'betrayal' is why cops turned their back on him 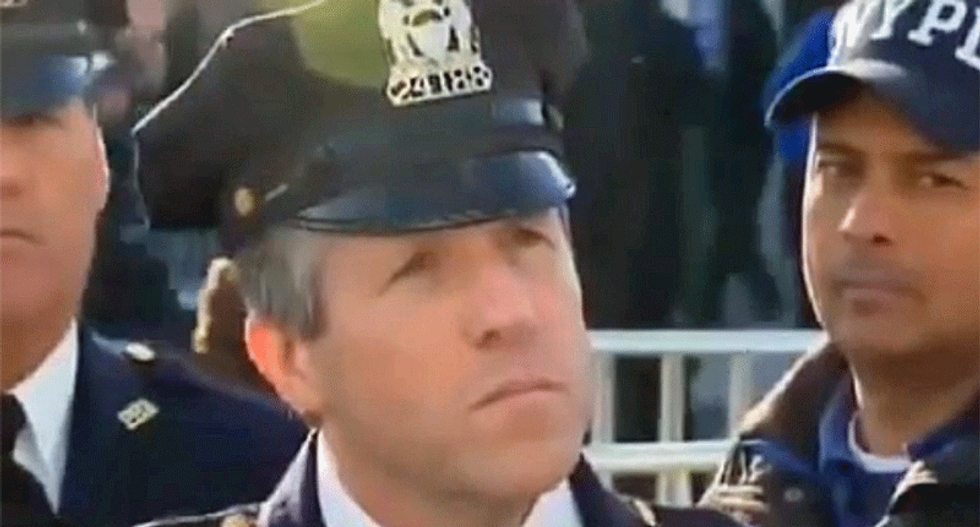 The head of the Patrolmen's Benevolent Association told CNN that New York City Police Department officers who turned their backs to Mayor Bill de Blasio at a memorial service for Rafael Ramos did so because they felt betrayed.

CNN's Miguel Marquez asked Patrick Lynch whether he believed that the officers' actions were appropriate.

"The feeling is real," Lynch said. "But today is about mourning, tomorrow is about debate."

When asked what he would tell those officers, he said, "We have to understand the betrayal that they feel. But today we also come to bow our heads in mourning and tomorrow we’ll debate."

He then walked away from the camera.

Lynch has been highly critical of de Blasio in the aftermath of the shootings of Ramos and his partner, Wenjian Liu, last Saturday.

"There’s blood on many hands tonight," he said last Saturday. "Those that incited violence on the street under the guise of protest that try to tear down what New York City police officers did every day."

Lynch added that "blood on the hands starts on the steps of city hall in the office of the mayor" for a "cold-blooded assassination like we haven’t seen before."

Watch the entire CNN segment via Mediaite below.