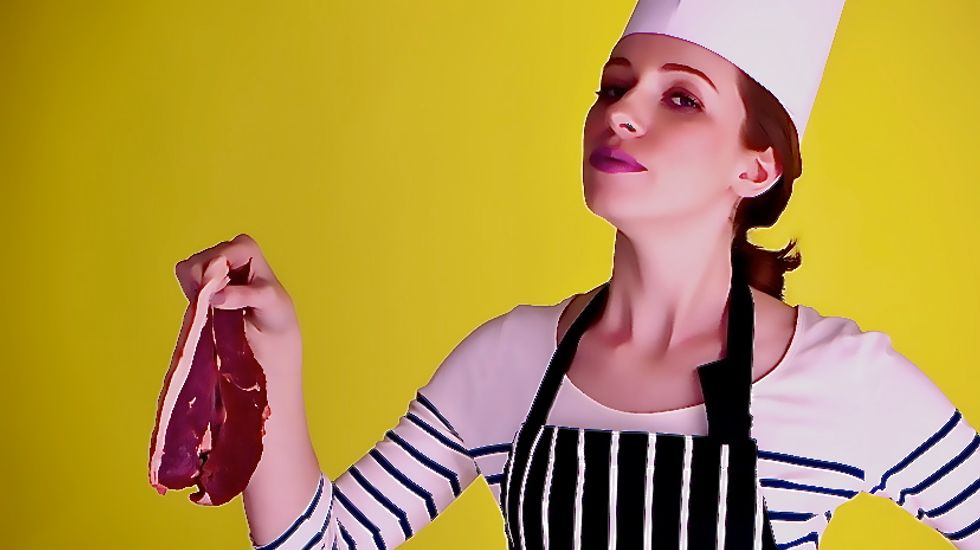 With the salad days of summer behind us, and dark, cold days approaching, fat is in season. The holidays, and the accompanying onslaught of rich feasts, present a timely opportunity to think about fat. I used to assume we ate more fat in winter because our bodies wanted to pack on some extra insulation against the cold, but the evidence in support of this seemingly obvious notion—that dietary fat leads to weight gain—is being challenged. Beyond the relationship between fat and health, it’s beginning to look like other deeply held beliefs about fat might be wrong as well.

Long considered a threat to public health, some recent books, such as Big Fat Surprise by Nina Teicholz, and before that Good Calories, Bad Calories by Gary Taubes, have challenged the idea that dietary fat is the cause of obesity, heart disease and other associated ailments. Big Fat Surprise was lauded by the Economist (among other media), which called it 2014’s “most surprising diet book.” Both Teicholz and Taubes argue that low-fat and non-fat diets, rather than fat, are behind the rise in obesity and related diseases. And Teicholz makes a strong case that fat, especially saturated fat, is actually good for you. As we speak, many government agencies, like USDA, which have long championed low-fat diets, are tip-toeing away from their anti-fat stances.

Along these lines, a study published this November found that “dietary and plasma saturated fat are not related,” after a doubling of dietary saturated fat intake showed no significant increase in blood lipids. In other words, even if there is a link between blood lipids (aka fat) and heart disease, factors other than dietary intake of fat, such as carbohydrate intake, are what determine blood lipid levels. It should be noted that this study was funded, in part, by the Dairy Research Institute, the National Cattlemen’s Association and the Egg Nutrition Center, all of which must have been pleased with the results. But other studies have shown similar results.

Other shifts in our understanding of fat are underway as well. One such aspect, much less discussed, is the science of how fat is perceived by the body.

A friend of mine who went to cooking school was fond of saying, “fat is flavor.” This idea has infiltrated the restaurant industry to the point where recipes for many dishes might as well be written as, “Heat edible materials, add butter, and serve.” It isn’t the most nuanced of culinary strategies, but it works.

According to traditional scientific understanding of flavor perception, however, fat doesn’t have any flavor. This isn’t to say anyone ever claimed fatty foods aren’t delicious—that is beyond debate. But it was thought that other qualities of fat made this so. It’s long been understood that the texture of fat, and its creamy, lubricating qualities, are what makes food taste better, and easier to chew and swallow.

But flavor is a specific metric, a combination of taste—what is perceived by the tongue—and smell. And fat, until recently, was thought to contain neither taste nor smell. But thanks to some new research, it looks like the cooks might have been right all along.

Earlier this year, researchers at the Monell Center, a non-profit institute dedicated to research on taste and smell,r eported evidence that humans can smell fat. And in the last few years, fat receptors on the human tongue have been discovered and confirmed by other research teams, which indicates humans can taste fat. If we can taste it and smell it, then it has flavor.

Whether by taste, smell or texture, our attraction to fats has been widely assumed to stem from the fact that fat is the most calorie-dense type of food we eat. Our hunting, gathering and often hungry ancestors were programmed to eat as much fat as they could find, goes the logic, and this genetic disposition remains to this day. Fat is also crucially important to brain development in children, and according to Teicholz’s research, many other bodily functions too. In this context, the existence of fat taste receptors makes a lot of sense.

But in a surprising twist, the fats to which these receptors are tuned taste bad, not good. They detect free fatty acids, which are found in large quantities in rancid fats. Rancid fats, which can be poisonous, are worth avoiding, which is why they taste bad.

By contrast, the form of fat that is so pleasing in our mouths (and more subtly, our noses) is a type of fat in which the fatty acids are bound into molecules called triglycerides, which comprise most of the fats we eat.

Thus, it appears we’re programmed to be attracted to the triglyceride form of fat, while being repulsed by free fatty acids. But there’s yet another rub: when we chew those yummy, non-toxic triglycerides, enzymes in our saliva break them down and release the dreaded free fatty acids.

Richard Mattes, a professor of nutrition science at Purdue University, has researched and published extensively on fat perception. He told me he believes there is a delicate balance at work here. A small quantity of free fatty acids, coupled with the glorious mouthfeel (and subtle smell) of triglycerides, tells the body that this is good stuff to eat. But too many free fatty acids triggers a rejection of the food in question.

To a certain extent, Mattes said, we can be trained to tolerate higher levels of fatty acids. Stinky cheeses, he pointed out, have a characteristic foul element to their flavors due to high levels of free fatty acids. But we’re able to learn to accept those free fatty acids in this context because we know that stinky cheese won’t kill us, and actually tastes pretty good if one can get over the fatty acid taste (not to mention the stink). But the same amount of fatty acids in, say, a glass of milk would be a red flag.

These fatty acid taste receptors aren’t just present in the mouth, but in other parts of the body as well, including muscle, skin, blood, spleen, intestine, and brain cells. Free fatty acids are the breakdown products of triglycerides, and it is thought that these receptors are widely dispersed in the body so the various tissues can detect and appropriately deal with the free fatty acids that result from fat consumption.

So one doesn’t just taste fat in one's mouth, but in one’s whole body. While we don’t consciously experience pleasure when our spleen detects a free fatty acid, this revelation suggests a broader level of meaning to the idea of taste perception. One thing all of these new developments haven’t changed is that eating fat makes us happy, which is especially important during this dark, dreary time of year. On that note, could you please pass the mayo?