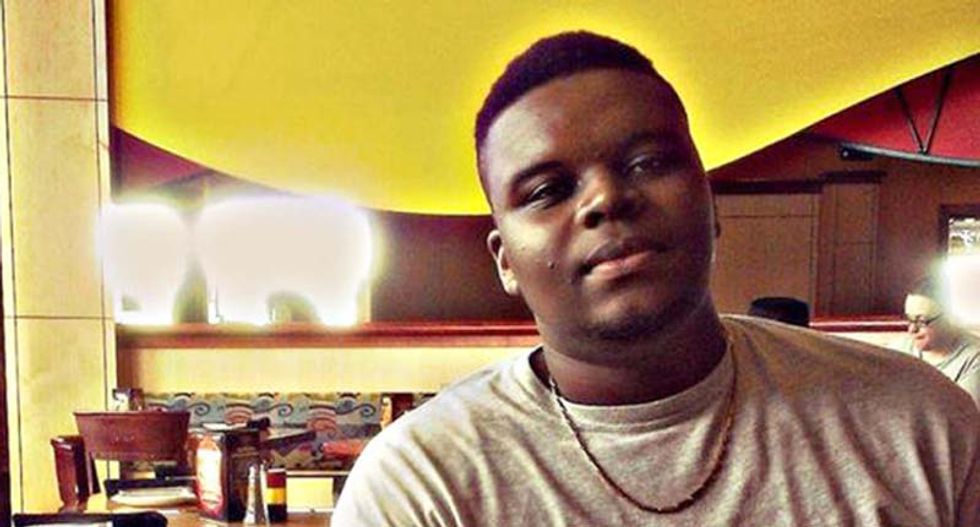 Members of the Elks Lodge in Glendale, California are outraged after a former police officer hosted a charity event that compared slain teen Michael Brown to a "roadkill dog."

In a video obtained by TMZ, a singer can be heard parodying "Bad, Bad Leroy Brown" with racist lyrics mocking Brown.

According to TMZ, the event was hosted by retired LAPD Officer Joe Myers, and about half of the 50-60 attendees were officers. The gathering was part of an annual charity golf tournament.

Fishell, who is a former federal investigator, later realized that the song was "off color and in poor taste," his lawyer told TMZ.

"He's a goofball who writes funny songs," the lawyer remarked, adding that Fishell thought that the roomful of police officers "would get a kick out of it."

For his part, Myers refused to show any remorse for the song.

"How can I dictate what he [Fishell] says in a song?" Myers said. "This is America. We can say what we want. This is a free America."

A trustee of the Glendale Elks Lodge said that many members were upset over the song.

"It's deplorable and inappropriate and the Lodge will take disciplinary action against [Fishell] and possibly the people who organized this event," the trustee warned. "We don't stand for any racist things like this."

Watch the video below from TMZ.