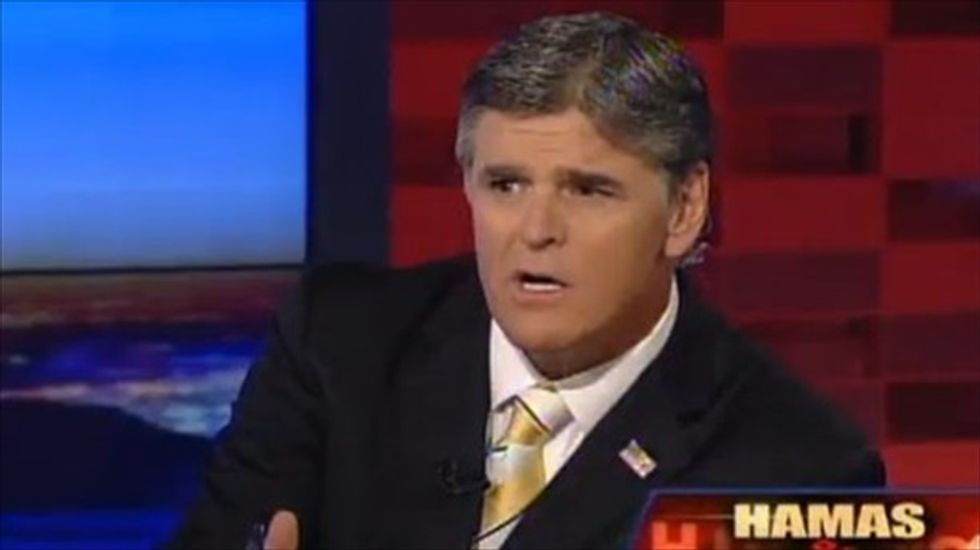 Fox News host Sean Hannity did not react well to a media poll naming him the "Worst Host" on Fox News, unleashing a series of tweets on Twitter attacking the website that conducted the poll, while draping his fury in purported concern for the two police officers killed in Brooklyn on Saturday.

The poll, conducted by the Mediaite website, asked fellow media members to pick the best and worst of cable news networks: Fox, MSNBC, and CNN. Respondents were told that their votes would be kept anonymous to encourage honesty.

While MSNBC's Ronan Farrow didn't respond to the slight by his peers -- poll respondents failed to select one stand-out "worst" at CNN, splitting their votes between Chris Cuomo, Kate Bolduan, Don Lemon, and Carol Costello -- Sean Hannity decided he wasn't going to take it laying down and lashed out at Mediaite on Twitter.

Responding to a Mediate reporter who tweeted the results, Hannity  wrote: "Lets do the BEST OF MEDIAITE CONCHA. ALL THE REST OF U MEDIAMATTERS WANNABEES SUCK IMHO . #badge of honor"

Mediaite's editor-in chief Andrew Kirell replied to Hannity, telling him: "Sean, you may want to dial back your vein-popping rage. This was a survey of your colleagues, not our opinion."

Hannity then attempted to explain his rage, saying it was really all about the slain New York City police officers, before comparing Mediaite to liberal media watchdog site Media Matters for America.

"No rage at all. My only "vein popping rage" is that 2 Officers were assassinated. MEDIAMATTERS lite not imp," he wrote.

Following the Twitter war, Hannity spent the evening retweeting fawning compliments sent to him by his fans, with many complaining about the Dish Network blackout of Fox News.

In a tie, Mediaite's poll respondents awarded "worst reporter" to Fox's gotcha-journalist Jesse Watters and MSNBC's Luke Russert, a frequent target of both liberals and conservatives.