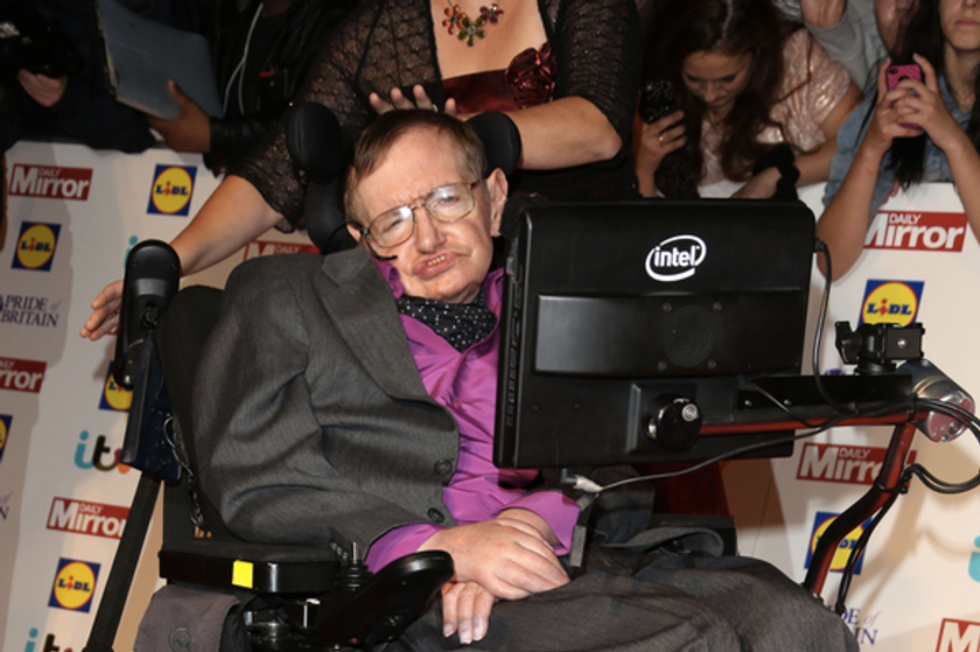 In an interview with Wired magazine, theoretical physicist Stephen Hawking said he would love to be in a movie, and expressed an interest in being a "baddie' in a James Bond thriller.

According to Telegraph, Hawking said his computerized voice would make him perfect for the part.

“My idea role would be a baddie in a James Bond film. I think the wheelchair and the computer voice would fit the part,” he said.

The English-born doctor explained that the voice synthesizer he uses gives him an American accent which he has kept, calling it his "trademark.".

“I was able to speak with a speech synthesizer, though it gave me an American accent. I have kept that voice, because it’s now my trademark,” Hawking said.

Hawking explained that he adopted the speech synthesizer after losing his voice to a form of amyotrophic lateral sclerosis (ALS), and that prior to that, he slurred so badly people were unable to understand him.

“Before I lost my voice, it was slurred, so only those close to me could understand, but with the computer voice, I found I could give popular lectures," he explained, adding, "I enjoy communicating science. It is important that the public understands basic science, if they are not to leave vital decisions to others.”

Hawking is currently the subject of  a film, The Theory of Everything, which documents the onset of his motor neuron disease while he was a 21-year-old undergraduate student at Cambridge.