Take that, Columbus! More evidence that Vikings beat him to America by 500 years 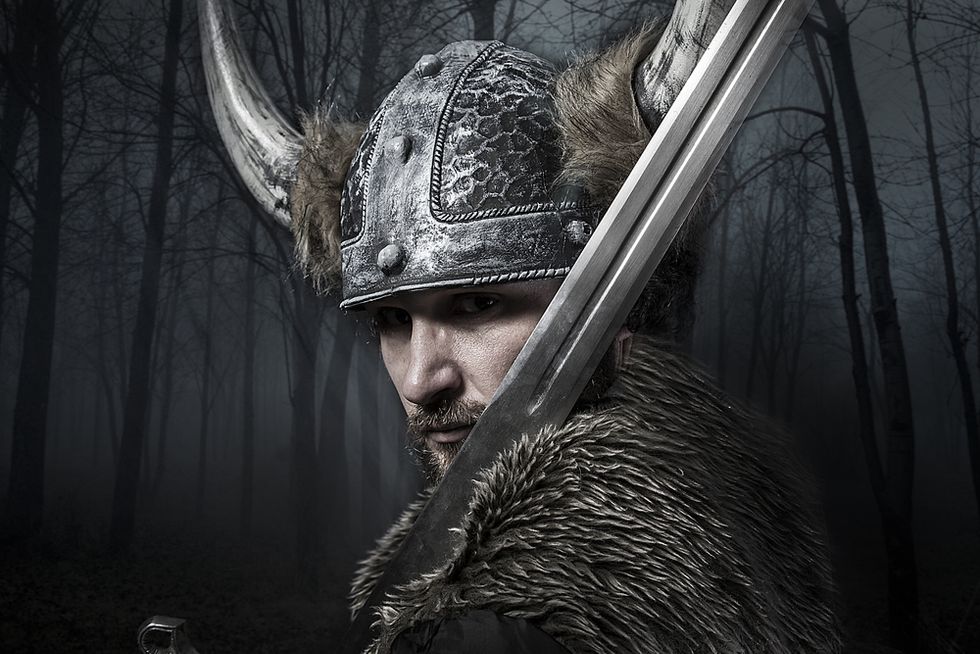 A ancient container used for heating and fusing metals, archeologists say, is evidence that Vikings visited North America more than 1,000 years ago.

A study published in the journal Geoarchaeology says that Medieval Norsemen or Vikings visited Newfoundland and forged weapons and other tools there, suggesting that the travelers established a camp or settlement there.

The small stone container was found more than 50 years ago on southern Baffin Island, located off the coast of Newfoundland above the Arctic Circle.

Scientists have found traces of bronze and microscopic globules of glass that indicate that the bowl was a crucible in which metals and other materials were heated and fused. These metalworking techniques, scholars say, were not mastered by indigenous North American people until many hundreds of years later.

According to the report, "Although less than 400 km separated the Norse Greenlandic colonies from the coasts of Arctic Canada, and explorations to the west of Greenland are described in Icelandic sagas, surprisingly little is known of ventures to North America. The archaeological site at L'Anse aux Meadows in northern Newfoundland confirms saga accounts that the Norse established a short-lived station in Atlantic Canada at some time around A.D. 1000."

Study author Dr. Patricia Sutherland said, "The crucible adds an intriguing new element to this emerging chapter in the early history of northern Canada. It may be the earliest evidence of high-temperature nonferrous metalworking in North America to the north of what is now Mexico."

What is known of early Norse history was handed down over the course of millennia through spoken-word "sagas," ancient tales that each generation memorized word-for-word. The sagas were already centuries old when written language was developed and used to record them in the 13th century.

According to records at the Canadian Museum of History, "The Icelandic sagas record that the Norse fought with the Native people of North America and that fear of attack led to the abandonment of Norse attempts to settle Vinland. It has been assumed that interaction between the Norse and the people they called skraelings was limited to brief coastal contacts, involving both skirmishes and occasional trade."

The Baffin Island crucible provides valuable proof of at least a temporary Viking outpost in the region and a key to a deeper understanding of life in the Western hemisphere before written history.