Ten years after the Boxing Day tsunami, are the world's coasts any safer? 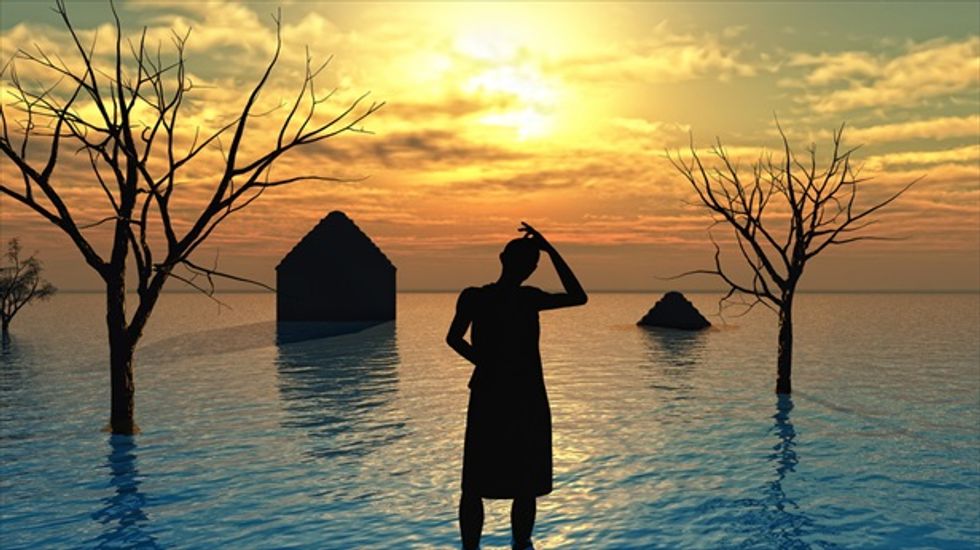 Ten years ago we witnessed one of the worst natural disasters in history, when a huge earthquake off the coast of Sumatra triggered a devastating tsunami which swept across the Indian Ocean.

The impact was greatest in northern Sumatra because of its proximity to the earthquake. Catastrophic shaking was followed within minutes by the full force of the tsunami.

Thousands of people were also killed in distant countries, where the earthquake could not be felt. If they had received a warning of the approaching tsunami, they could have moved inland, uphill or out to sea, and survived. Tsunami take several hours to cross an ocean, becoming much larger and slower as they reach the coast.

Back in 2004 there were long-established tsunami warning systems in the Pacific Ocean, which has many subduction zones – places where two tectonic plates collide – capable of generating huge earthquakes or volcanic eruptions.

Other regions, including the Indian Ocean, did not have a warning system. The probability of a major tsunami was judged to be too low to justify the cost, especially for poorer countries.

The Boxing Day 2004 disaster changed all that.

Progress in the past decade

In early 2005, the UN agreed to develop an international warning system including regional systems in the Indian Ocean, North East Atlantic & Mediterranean, and Caribbean. The Indian Ocean tsunami warning system was developed between 2006 and 2013, at a total cost of at least $19 million.

Japan has installed more buoys in the wake of its own 2011 disaster.

In the three years prior to October 2014, bulletins were issued about 23 Indian Ocean earthquakes, resulting in a small number of potentially life-saving coastal evacuations. Most of these 23 earthquakes did not actually generate a threatening tsunami because they did not cause significant uplift or subsidence of the seafloor. But false alarms can provide reassurance that communications work well, or highlight weaknesses.

How do tsunami warning systems work?

All warning systems work in the same general way. First, a network of broadband seismometers detects the seismic waves generated by an earthquake, which travel at speeds of several kilometres per second. When several seismometers have detected the seismic waves, the location and approximate magnitude of the earthquake can be computed. If the epicentre is under water and the magnitude large (greater than 6.5 on the Richter, or moment magnitude, scale) a tsunami bulletin, watch or warning is issued to local communication centres, ideally within three minutes of the earthquake. If the epicentre is nearby and the probability of a tsunami is high, evacuation procedures will be initiated immediately.

Otherwise, local centres will standby for confirmation of whether a tsunami has actually been generated. Confirmation comes within about 30-60 minutes, using a network of tsunami buoys and seafloor pressure recorders. These detect the series of waves (usually less than a couple of metres high and travelling at about 800 km/h) in the open ocean, and transmit the data by satellite to a regional control centre.

Tsunami warnings reach the public via TV, radio, email, text messages, sirens and loudspeakers. You can sign up to receive tsunami alerts anywhere in the world by SMS on your mobile phone, thanks to a not-for-profit humanitarian service called CWarn.org.

Many high-risk areas also have signage to alert people to “natural” warnings (such as strong shaking or a sudden withdrawal of the sea), and direct them to higher ground.

The Pacific and Japanese warning systems helped to ensure the major tsunami generated off the coast of Japan on 11 March 2011 caused far fewer deaths (15,000) than the 2004 disaster. However, it showed that even a wealthy and well-prepared nation such as Japan cannot fully protect people from extreme hazards, and that warning systems can sometimes lead to a false sense of security.

Japan, 2011: fewer lives were lost but the damage was immense

The slow rupture of the subduction zone near Japan meant the initial warnings underestimated the magnitude of the earthquake and resulting tsunami. Many people did not move to higher ground in the vital few minutes after receiving the warning, because they wrongly assumed the tsunami would be stopped by 5-10 m high sea walls.

Japan has learned from this tragedy and, among other things, made changes to tsunami warning messages, improved coastal defences, and installed more seismometers and tsunami buoys.

It is impossible to predict exactly when or where the next major tsunami will occur. They are very rare events in our limited historical record. But by dating prehistoric tsunami deposits, we can see that major tsunamis happen on average every few hundred years in many coastal regions.

Future tsunami disasters are inevitable, but with better technology, education and governance we can realistically hope that a loss of life on the scale of the 2004 tsunami disaster will not happen again.