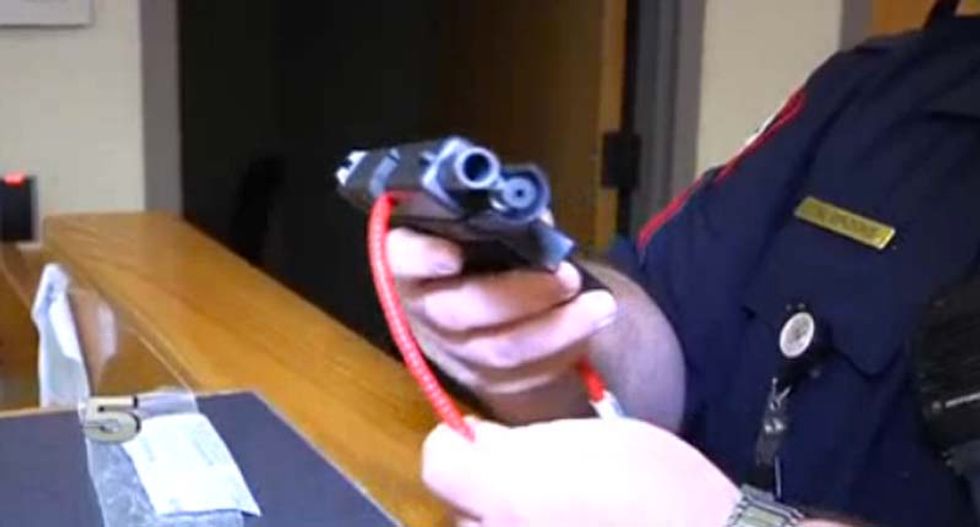 A Texas father is recovering, but will lose one of his eyes, after being shot in the face by one of his sons after the man got into a dispute with another son over his Christmas present, reports KRGV.

According to Cameron County Sheriff Omar Lucio, the unidentified man was involved in an argument with his 16-year-old son who was disappointed with his Christmas present of a fishing rod.

“The young 16-year-old was very upset because he claimed that the rest of his friends, either got a car or a pickup for Christmas. All his father provided for him was a fishing rod," Lucio said.

Lucio said that father struck the teen on the head with a baseball bat, enraging another son -- age 14 -- who ran out to the family car where he retrieved a shotgun kept in the trunk.

“The young 14-year-old boy discharged the weapon. Discharged it twice. The second time he hit his father in part of the face and part of the shoulder,” Lucio explained, adding that the father will lose an eye as a result of the shotgun blast.

Authorities state the 14-year-old then took off from the home, driving in a car before sheriff's deputies spotted him in an open field. Police say the teen struck another vehicle while attempting to elude them.

Police say that the 14-year-old is facing charges of aggravated assault with a deadly weapon, and evading arrest or detention with a motor vehicle.