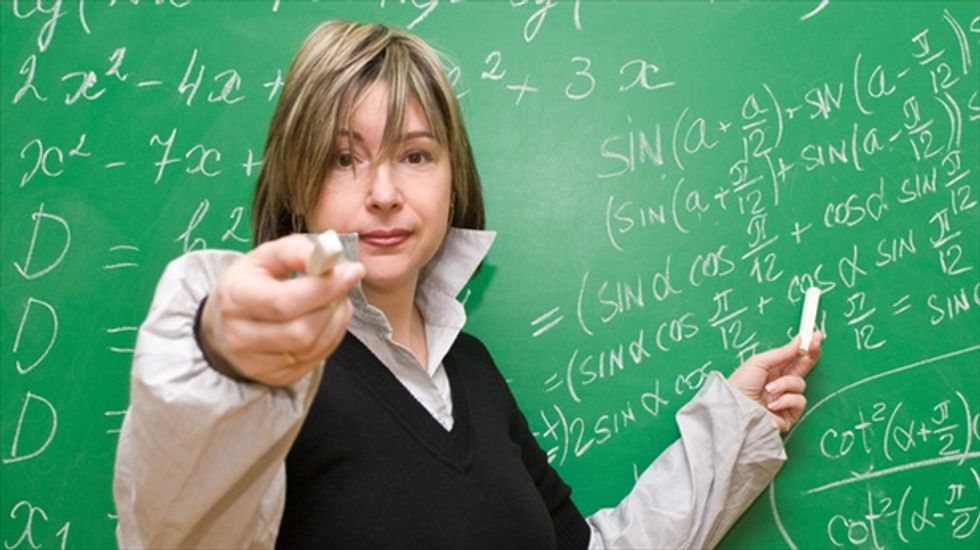 Science isn’t important only to scientists or those who profess an interest in it. Whether you find fascinating every new discovery reported or you stopped taking science in school as soon as you could, a base level understanding is crucial for modern citizens to ground their engagement in the national conversation about science-related issues.

We need to look no further than the Ebola crisis to appreciate the importance of science literacy. A recently elected senator has linked sealing the US-Mexican border with keeping Ebola out of the US, even though the disease is nonexistent in Mexico. Four out of 10 Americans believe there will be a large scale Ebola epidemic here, even though there have been just four cases in the US and only one fatality. Flu, on the other hand, which killed over 100 children here last winter, barely registers in the public consciousness.

Increasingly we must grapple with highly-charged and politicized science-based issues ranging from infectious diseases and human cloning to reproductive choices and climate change. Yet many – perhaps even the majority – of Americans aren’t sufficiently scientifically literate to make sense of these complicated issues. For instance, on one recent survey of public attitudes and understanding of science and technology, Americans barely got a passing grade, answering only 5.8 out of 9 factual knowledge questions correctly.

Without a solid understanding of the underlying science and its implications for our daily lives, we can neither respond intelligently on a personal level nor hold our public officials accountable for sound policy decisions. Moreover, we risk falling prey to the tremendous power of fear and partisan political rhetoric. By grounding our understanding of issues in knowledge, we can gain the confidence to participate in the science conversation in a thoughtful way. Science literacy is a path to that knowledge.

What’s needed to be scientifically literate?

Science literacy is a foundational knowledge and understanding of scientific concepts and processes. For example, scientifically literate people should know that science is reproducible, evidence-based information that is fact and not opinion. They should have a working knowledge of the basic terminology needed to interpret the processes and outcomes of science. With this vocabulary in hand, they can engage in the critical thinking needed to apply healthy skepticism and to discern the grey areas and uncertainties inherent in science-based information.

As a stem cell scientist, I have spent my life tackling elusive questions such as “what is personhood” or “when does life begin.” Recently, my interest has shifted to helping the public engage in open-minded discussions about these types of questions.

The goal isn’t to move public opinion towards one side or another of the stem cell or any other debate, but rather to create a forum in which all sides are armed with basic scientific knowledge and have a legitimate voice in the conversation.

Get your head around some science basics and you’re ready for the big questions.

How to get literate

I teach a freshman seminar class at Tufts University called “Science and the Human Experience” that is largely populated with students whose interests are in the humanities and social sciences. The curriculum encourages these not-necessarily-science-lovers to explore the ways science affects their everyday lives. We talk about stem cells and abortion, right-to-die and drug treatment. We question when does life begin? What can our genome tell us? How do we experience pain? What does it mean to grow old? Students confront the emotional and personal consequences of science and its relationship to their lives.

Grappling with these issues is empowering. One student understood, for the first time, that her personal investment in science was connected to a loved one’s struggle with addiction. Another freshman planning on an English major discovered that she was, to her own surprise, “just as capable as anyone else of understanding and applying scientific material to my life.” Students uncover their own, personal rationales for engaging in these issues and then, most importantly, ask themselves, “Why does this matter to me?” They report that to learn the value of science, and to engage deeply in it, is to learn what it means to be human.

While knowledge is fundamental to addressing civic, science-based questions, our beliefs and values play an equally important role. As Yale law professor Dan Kahan, who studies science and civic engagement, says “What people ‘believe’ about global warming doesn’t reflect what they know; it expresses who they are.” In fact, understanding the science is perhaps the easier part of the equation. The greater struggle is for people with diverse views on science-related issues to wrestle with these conflicting values. This is a messy but necessary part of a healthy civic dialogue. Therefore, any program to increase science literacy must equally embrace the goals of promoting a respectful, civic conversation that will work towards shared understanding.

You deserve to contribute meaningfully to debate about important issues.

So what’s a responsible citizen to do? First, become sufficiently science literate to understand the nuances of the important science-based issues of our day. Next, be prepared to engage in difficult conversations with fellow citizens with different opinions so that dialogue is valued over doctrine, as we work together to balance self-interest with compassion.

If everyone comes to the table with a base level of information and a willingness to listen to each other’s concerns, we can replace the polarization of our current public discourse with productive public problem solving. We can then approach each other with a genuine curiosity to build a science conversation that is enlivened by a search for mutual understanding regardless of a position held on an issue. We need not hold the same beliefs or values to find common ground on the important science-based issues that face us today and will only become more urgent in the years ahead.