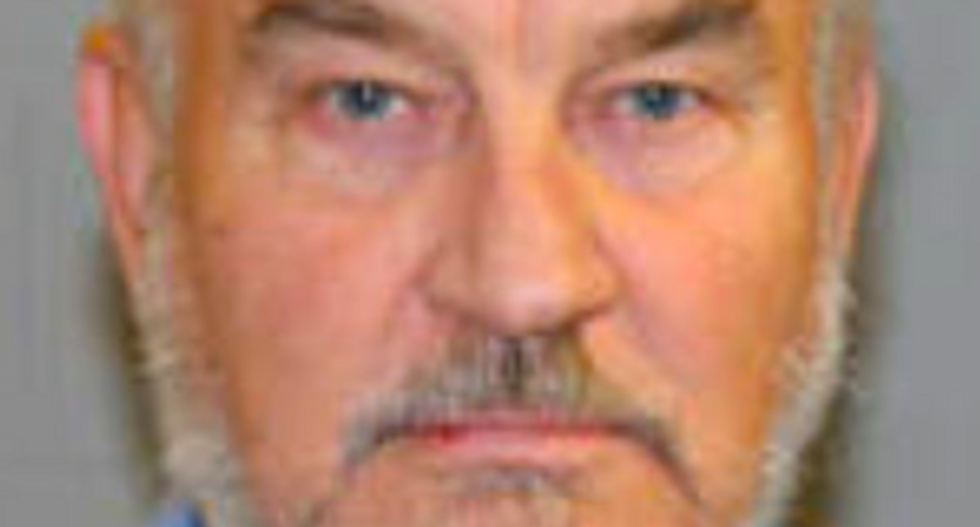 A Utah man admits he sent a threatening letter to an interracial family in his neighborhood, but he insists he was doing them a favor.

Robert Keller pleaded guilty in September to violating the housing rights of a family in his neighborhood by sending them an angry, profane letter after spotting their 13-year-old black son walking with his white sister.

"There’s no little black girls to go out with, so our daughters are in line," Keller wrote, according to court records. "I catch that n*gger around my daughter I’ll kill the assh*le and then go find what stupid person brought him here in the first place."

The 71-year-old Keller was sentenced Monday to the maximum one year in federal prison and apologized for writing the letter, but he said his intentions were misunderstood.

"I'll admit I lost my temper," Keller said. "It wasn't really meant to be a threat – it was more or less to wake them up to what was going to happen down the road."

He did not offer any details about what might happen.

The teen’s sister said she does not feel comfortable in the Hurricane neighborhood, and she worries about her children after receiving the letter last December.

"Members of our community have a constitutional right to live in their home without fear, and the department will not tolerate threats of violence that infringe on that right," said acting Assistant Attorney General Molly Moran for the Civil Rights Division in a statement.

Defense attorneys told the court that Keller’s mother died at his birth and he was shuffled among family members, including an alcoholic father and a grandfather who beat him with a razor strap, as he grew up in Idaho.

Attorneys also said Keller had no history of violence and was known for volunteering to help his neighbors and other community members.

"This is not just a one dimensional person here,” said defense attorney Kevin Hart. “This is a complicated person who has some old-fashioned sets of ideas.”

Among those ideas, according to a mental health provider’s court-ordered assessment, was Keller’s apparent belief that his "neighbor is participating with the NAACP, and [his belief that] ‘Obama and [U.S. Attorney Eric Holder] have sent lawyers out to nail [his] ass.’"

Prosecutor Carlos Esqueda disagreed with defense attorneys, who said the sentence -- which includes a year of supervised release, a $1,000 fine, and 260 hours of community service – was excessive.