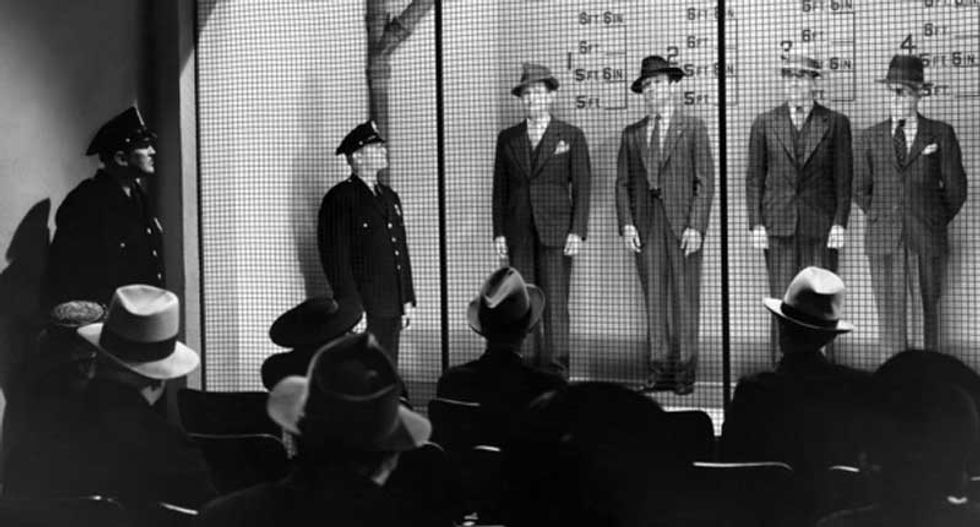 Twenty eyewitnesses testified before the grand jury investigating the police shooting of Michael Brown in Ferguson, Missouri. None of these accounts is fully consistent with any other. Moreover, eyewitnesses even gave accounts that do not agree with their own earlier versions. To the public and the media, these discrepancies have been startling.

But psychological scientists who study human perception and memory are not surprised at all. In fact, had there been good agreement among the various witnesses, psychological scientists would have been very suspicious and speculated that something was amiss. Those of us who study eyewitness memory have long observed that these accounts are far less reliable than people – including the eyewitnesses themselves – tend to believe.

Scene of the police shooting of Michael Brown in Ferguson. Eyewitnesses can differ on what they think they saw – even when they’re all sure what they’re describing really happened.

What causes these memory errors? In order to report accurately on a witnessed event, the witness must successfully encode information on what he’s seen, store it as a memory and then retrieve it. Each of these three stages is complex and imperfect. The final memory report can be no better than the weakest part of each of the three stages.

Consider the encoding, or acquisition, stage. While witnessing an unexpected, complex event there is often confusion, distraction and fear. On top of this, there is an illusion of sorts that we are taking in the details of the scene. But studies show that the brain is actually primarily absorbing the gist of the scene and few of the details. This reflects a phenomenon called change blindness – people tend not to notice visual differences in the details of a scene. So what actually gets stored in the second stage of memory is full of gaps. The brain doesn’t like gaps, especially when there’s a need to understand what was just witnessed. These gaps are often filled in unconsciously with inferences, deductions or other processes that are not very reliable.

The groundbreaking work of cognitive psychologist Elizabeth Loftus illustrates vividly how memory changes after the witnessed event as a function of externally-provided information – even when that information is false. This can result in false memories. What is stored in memory is not a stagnant picture or video of the event but a constantly-edited record that evolves. Since we tend not to be aware of the editing process, we end up believing that the reconstructed memory is what we actually saw.

Finally, we have to retrieve the memory and retrieval itself can alter it. Every time we retrieve a false memory – privately to ourselves or by telling another person – it tends to strengthen that false memory. In the end we have a full story of what we saw, one that we might very confidently believe but might have only a very distant relation to what actually happened.

Since the courts rely heavily on eyewitness testimony, they should stick to recommended best practices.

Fallible memories and the legal system

There is good documentation of how eyewitness unreliability plays out in eyewitness identification – when a witness points to an individual and says “that’s who I saw commit the crime.” Since the 1970s, my research program has conducted controlled experiments that show how easily witnesses will pick the wrong person from a lineup. Then, with only the slightest reinforcement, they become convinced and highly confident in their mistaken identification. Making this mistake then causes their memory to change to fit the person they mistakenly identified.

This kind of mistaken eyewitness identification is not just a laboratory phenomenon: since the advent of forensic DNA testing in the 1990s, hundreds of innocent Americans who had been convicted by juries and served hard time (some even sentenced to death row) have been exonerated by DNA tests. Tellingly, approximately 75% of those exonerations were cases involving mistaken eyewitness identification.

How best to use eyewitness testimony

This year, however, a blue ribbon panel of the National Academy of Sciences conducted an extensive review of the science on eyewitness identification. Among other things, the Academy’s report calls for all law enforcement agencies to provide their officers and agents with training about vision and memory, practices for minimizing contamination of eyewitnesses, and the use of effective protocols for obtaining and preserving eyewitness accounts. The Academy report also calls for the use of expert testimony about eyewitness reliability in certain cases as well as jury instructions that might help jurors make more informed judgments about eyewitness reliability.

None of this should be taken as evidence that eyewitnesses are always wrong. Eyewitness testimony is a critical tool in the legal system for reconstructing what actually happened. Too many bad guys would go free if eyewitness memory were completely discarded as a tool. But the legal system needs a more sophisticated appreciation for the vagaries of memory, how to avoid contamination of eyewitness memory and the conditions under which eyewitness testimony is more and less trustworthy.