What happens after the torture report? How the CIA's victims can still get justice 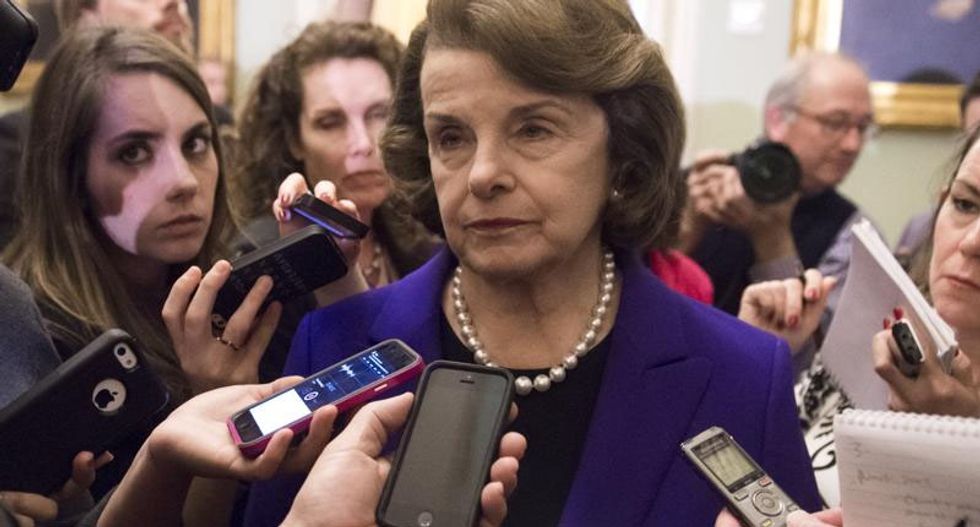 Senate Intelligence Chairwoman Dianne Feinstein (C) speaks to reporters about the committee's report on CIA interrogations at the US Capitol in Washington, DC on December 9, 2014 (AFP Photo/Saul Loeb)

Everyone expected the Senate’s CIA torture report to be shocking. But I’m not sure anyone – except maybe the torturers and the tortured – was really prepared for the depravity and sheer lack of humanity laid out in the 580 pages released on Tuesday morning in Washington. It is, in many ways and in the starkness of all those footnotes , the most disturbing scandal in recent American history.

The amount of different crimes committed by the CIA and documented by Senator Dianne Feinstein’s committee is truly extraordinary. Not only does the report detail the systematic torture of dozens of detainees – which included sexual assault, rape and homicide – but the amount of times the CIA allegedly obstructed justice, committed perjury and made false statements is hard to even count. The breaking of laws almost catches up with the breaking of bones, minds and bodies.

But it’s not enough to feel sick to your stomach, to say this is American history now and there’s nothing we can do about it. Now, the question for everyone who read this essential textbook of CIA wrongdoing, even for those who never will , is: Where do we go from here? Transparency can’t possibly be the only punishment for an agency which has broken the law so systematically.

For the cowardly Obama administration, the CIA scandal can’t end fast enough. The Guardian’s Dan Roberts reports that the White House thinks it’s “inappropriate” to comment on the report’s conclusions. The New York Times’ Peter Baker says the administration won’t even “take sides” on whether torture works – despite the black-and-white evidence in the report that torture doesn’t work – let alone commit to bringing charges against those responsible for the disgusting acts.

Instead, Obama spent Tuesday praising CIA employees as “patriots” to whom “we owe a profound debt of gratitude” for protecting the country after 9/11. He failed to reference the charges of “rectal rehydration”, starvation, beatings, “rectal rehydration” and hypothermia that CIA officers and contractors inflicted on detainees. “Brutal” was the only quasi-critical word the president could muster.

The Justice Department already shamefully declined to prosecute CIA officers once and claims that the statute of limitations is now up. But as the ACLU’s Hina Shamsi wrote at the New York Times :

Prosecution is still possible despite the passage of time because there is no statute of limitations for the crime of torture when it risks or results in serious injury or death, or for the war crime of torture.

Joining other groups in looking ahead , the ACLU laid out a comprehensive accountability plan on Tuesday that calls on attorney general Eric Holder to immediately appoint another special prosecutor – like, today – to investigate the architects of the torture regime, like the Dick Cheneys andJohn Yoos who were barely mentioned in the Senate’s report. The White House can also compensate victims, mandate more transparency and propose comprehensive CIA reform in Congress so this colossal failure of oversight and rampant criminality never happens again.

And the CIA report doesn’t even mention the related scandal from earlier this year, when the agency illegally hacked into Senate staffers’ computers to spy on the people writing the report, which Senator Jay Rockefeller incredulously brought up on the Senate floor Tuesday, and which outgoing Senator Mark Udall claims in the new issue of Esquire that the CIA did on four separate occasions. CIA director John Brennan boldly lied about the whole episode ever happening … before having to apologize months later, when it turned out that it had.

(By the way, the Washington Post has helpfully put together a graphic with all of former CIA and NSA director Michael Hayden’s lies to Congress – the documented ones, at least – should the Justice Department like to press perjury charges anytime soon.)

But while it’s doubtful an Obama administration that still somehow stands by the CIA has the guts to uphold the law at this point, as Bloomberg’s Josh Rogin and Eli Lake reported , the report’s “real impact could be felt in courtrooms across the globe in the months and years to come”.

This is the actual reason why the CIA fought so hard for so many months to have all of the names of countries participating in American torture get redacted. The agency wasn’t worried about “serious damage” to its agents or partners – it’s worried about the architects and perpetrators of torture getting arrested abroad. We already know that many countries have taken a harder look at torture than the US:

The Washington Post’s Adam Goldman and Julie Tate have already decoded 10 of the countries hosting CIA black sites and left unnamed in the report, but there were at least 54 countries participating in America’s torture program, in one way or another.

Indeed, the CIA is in many ways at a position of unmatched power. Its budgets have been swollen by billions of dollars in counterterrorism expenditures. Its workforce has surged. Its overseas presence has expanded. And its arsenal now includes systems, including a fleet of armed drones, that would have made prior generations of CIA leaders gasp.

After reading all those stories of men freezing to death , of women being threatened with their lives and their bodies , of Americans doing things even more un-American than even those pictures from Abu Ghraib ever made us imagine, we’re all gasping for air. Let’s grasp for some accountability beyond a PDF headed for a high-school textbook and the dust bin of history.