What's next? US has few options in response to North Korean cyberattack 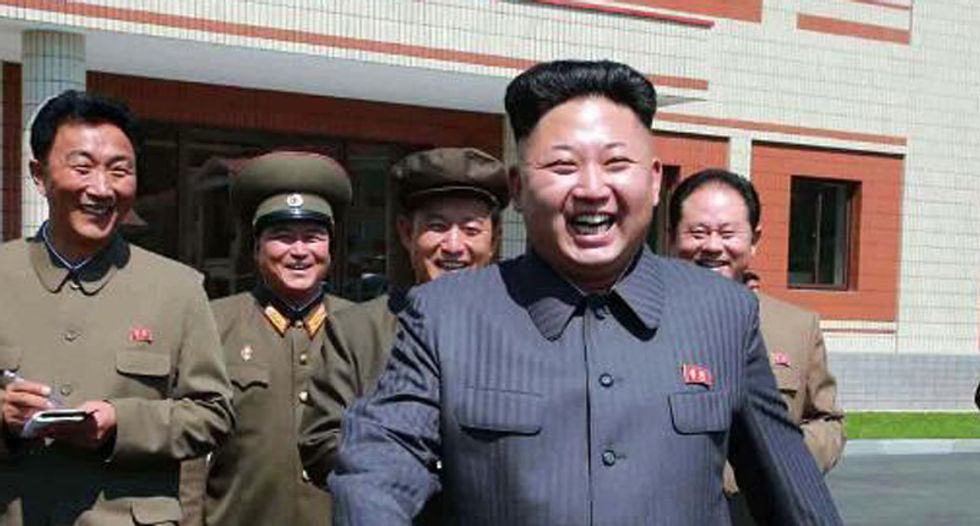 U.S. determination that North Korea was behind the hacking of Sony Corp. unit Sony Pictures again exposes the limited leverage that Washington has on one of the world’s most isolated and impoverished countries should it decide to respond.

Although successive U.S. presidents have imposed decades of restrictions on Pyongyang, the U.S. Treasury has so far directly sanctioned only 41 companies and entities and 22 individuals.

Those sanctions relate to North Korea's development of weapons of mass destruction, including nuclear arms, but Washington has also been deeply concerned about Pyongyang's hostile behavior toward U.S. allies in the region.

U.S. authorities said on Friday investigators had determined that North Korea was behind the devastating cyberattack on Sony Pictures, setting up a possible confrontation between Washington and Pyongyang.

U.S. authorities have struggled to find much to sanction in a country which has limited links to the outside world and whose annual gross domestic product per capita is just $1,800, which ranks it 198 out of 228 countries, according to CIA estimates.

In contrast, financial sanctions had a big impact on Iran and Russia, which are tied in to the global banking industry.

Pyongyang has been sanctioned in various forms by the United States for more than 50 years and has become expert in hiding its often criminal money-raising activities, largely avoiding traditional banks. While sanctions may have slowed its nuclear weapons program, they have not derailed it.

One possible response would be to pressure private companies that provide North Korea's cellular and television services, or to persuade China to close Internet connections, something Beijing, the North's sole major ally, has been loath to do.

Egypt's Orascom and Thai company Loxley Pacific are both invested in the North's telecommunications industry.

“In concrete terms, there’s not a heck of a lot they can do because one, North Korea doesn’t have an economy, and two, we’ve already got every sanction known to man against them,” said Jim Lewis, a senior fellow at the Center for Strategic and International Studies who focuses on cybersecurity.

With limited trade and natural resources, Pyongyang's revenues are heavily reliant on money-making scams, which have ranged from counterfeiting $100 bills to illicit arms sales and drugs smuggling, according to reports by the U.S. government.

In 2005, $25 million of the regime's cash was frozen at Macau-based Banco Delta Asia, which was designated a "primary money laundering concern" by the U.S. Treasury.

That case stands as practically the only public success in seizing funds from the country, which is now led by Kim Jong Un, the third of the Kim dynasty to rule.

Kim Kwang-jin, now a defector in South Korea, worked for the North's state insurance company in Singapore. He recalls stuffing $20 million in cash into a suitcase in 2003 and sending it to then ruler Kim Jong Il.

That money came from exaggerated claims from reinsurers for weather damage, ship and aircraft losses.

“We tried to use official channels like banks to conduct illegal settlements with others. This is usually done by individuals and North Korean companies, so it’s very difficult to detect the details in their activities and resources,” Kim said from Seoul.

Unlike oil-exporting Iran, which is heavily sanctioned by the United States, the United Nations and others, North Korea's puny $50 billion economy produces few goods other than minerals and seafood sold to China. Its trade with China was put by Beijing at $5.7 billion in 2011.

Although North Korea maintains one of the world's largest standing armies and boasts of the capacity to deploy nuclear weapons, its military equipment is decades out of date and most military experts say it would lose any conventional war.

Given the success of the Sony hack, and the pulling of the company's film "The Interview" which depicted the assassination of Kim Jong Un, it appears likely that Pyongyang will see more upside in hacking than the risk of reprisals.

"So (with) cyber (and) military largely off the table, (that) leaves you with public diplomacy and law enforcement. I know that’s not satisfying, but that’s the way it is."