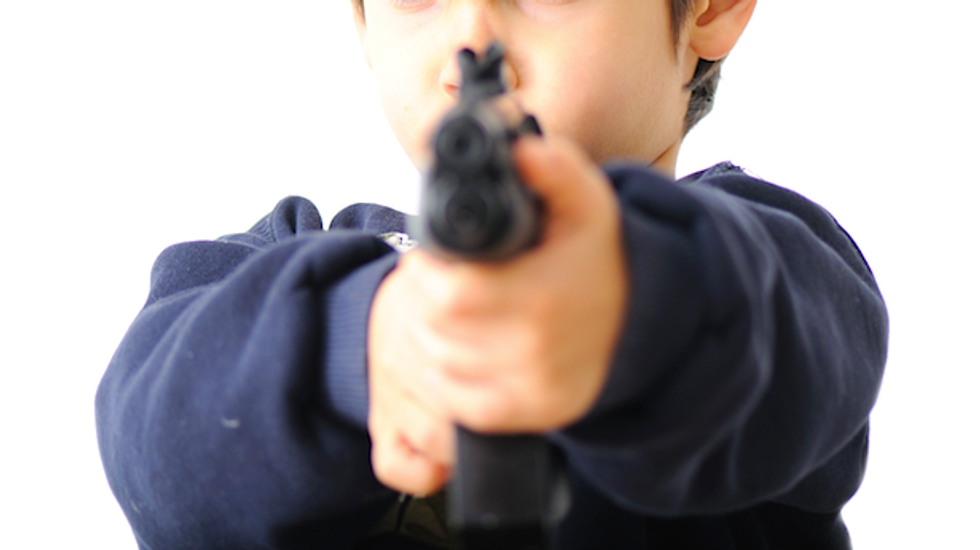 A 5-year-old Missouri boy found a handgun and accidentally shot and killed his infant brother.

The boys’ mother initially told Nodaway County sheriff’s deputies the older boy had shot his 9-month-old brother in the head with a paintball gun, reported WDAF-TV.

But deputies determined the boy had found a loaded .22-caliber Magnum revolver on a shelf built into the headboard of the master bed.

The infant was in a playpen in the same room when he was shot, reported KCTV-TV.

The gun belonged to another family member and not the mother, authorities said.

A neighbor said the mother was at the family's rural Elmo home at the time with her four sons, including a 3-year-old and 1-year-old.

The county prosecutor will assemble a child fatality review board made up of law enforcement, social workers, and medical providers to determine whether charges will be filed against the boys’ parents.