Anderson Cooper: Paris world leader march was bogus, but Obama or Biden should have gone 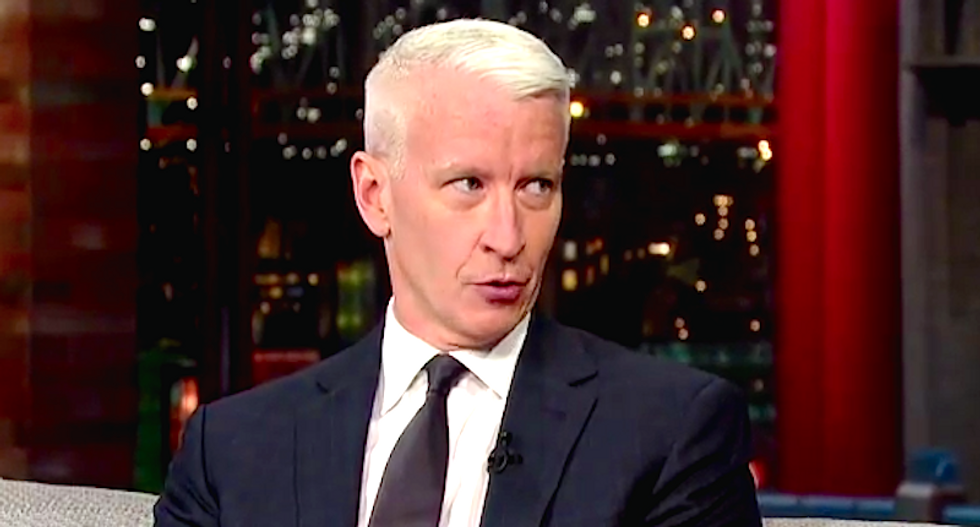 Anderson Cooper ripped the Obama administration for its failure to represent the United States in the Paris unity march.

Forty world leaders took part in a photo opportunity to show their support for press freedom after a terrorist attack by Islamic radicals on the French satirical magazine Charlie Hebdo.

Letterman said Obama critics had asked why the president failed to take part or send a high-ranking surrogate, and Cooper wondered what Vice President Joe Biden had done instead.

“I mean, he spends weekends watching, like ‘Gilmore Girls’ on his DVR,” Cooper said. “I don’t know, what else does a vice president do? I mean, no disrespect.”

Cooper said he had “no idea” whether the logistics of their involvement would have upstaged the event, but he said even the White House had admitted their response was inadequate.

“They’ve not come out and said, ‘Look, it was a mistake not to send somebody of a higher level,’ but that’s just basically what vice presidents exist for, that kind of thing,” Cooper said. “I’m not sure what he was doing that weekend. Eric Holder was over in Paris, Secretary of State John Kerry is now supposed to go (later this week).”

He said impromptu silent demonstrations by tens of thousands of people were powerful shows of unity, but Cooper admitted the world leaders’ demonstration was basically staged.

“There were a huge number of world leaders there, and they weren’t actually leading the march,” Cooper said. “They were actually kind of on an isolated street, it was really a photo opportunity – for obvious security reasons, but it was certainly a missed opportunity for the United States to have a high level of representation.”