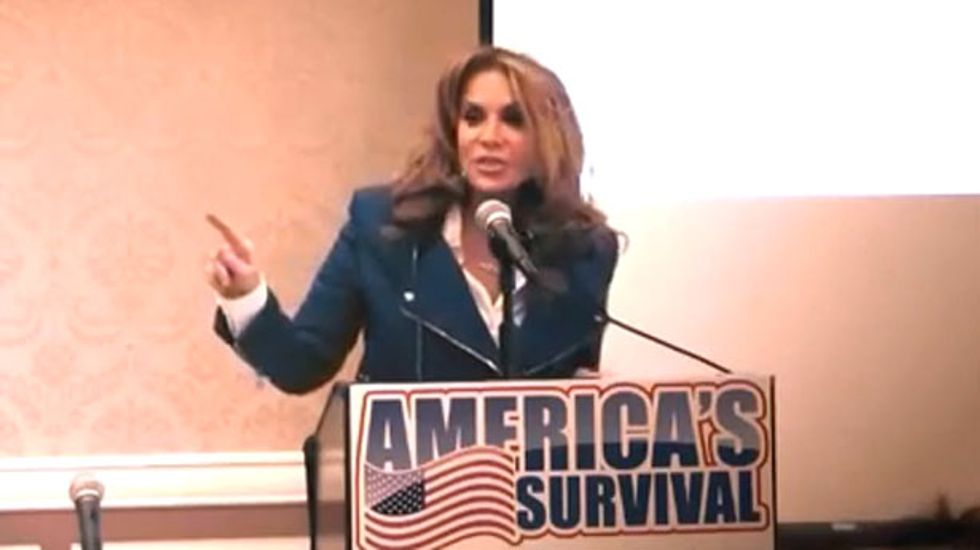 An anti-Islam group has sparked controversy with the purchase of advertisements on San Francisco's public buses that display the image of Adolf Hitler and accuse the religion of fostering anti-Semitism.

The group calling itself the American Freedom Defense Initiative, which sued New York City's Metropolitan Transportation Authority to run similar messages last year, purchased 50 large ads on San Francisco buses. They began appearing within days of attacks by Islamist militants in Paris that killed 12 people at the satirical newspaper Charlie Hebdo and another four at a Jewish supermarket. A policewoman was also shot dead.

Ibrahim Hooper, a spokesman for the Council on American-Islamic Relations, said the American Freedom Defense Initiative's Houston-based founder, Pamela Geller, was using the ads to stir up attention and raise money. The Council on American-Islamic Relations had countered past efforts by Geller with bus ads of its own but will not do that this time, he said.

“We’re not going to chase her from city to city trying to undo the hatred she promotes,” Hooper said. “We’d be doing little else. She seems to have an unending capacity for the promotion of hatred.”

Hooper said the majority of people will see the ads as “hate and intolerance and fear mongering.”

Geller said she had been working on placing the San Francisco ads since last spring.

The group’s controversial ads have appeared in New York and Washington D.C., prompting outrage from politicians and civil rights leaders.

San Francisco Municipal Transportation Agency (SFMTA) officials said the agency does not endorse the content of the ads and understands that people may be offended.

"However, the First Amendment protects freedom of speech, including speech that is considered offensive," SFMTA spokesman Paul Rose said in an emailed statement.

"Refusing placement would almost certainly result in a lawsuit that forces the city to run the ads under court order, and we believe taxpayer dollars should be used to improve transit and the overall transportation network; not on lawsuits."