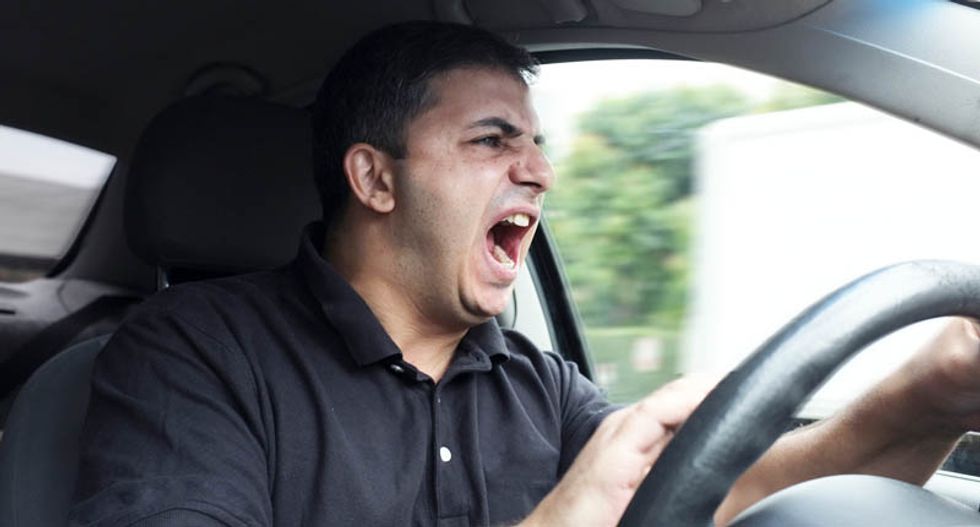 A Boston police officer has been suspended following an off-duty incident in which he beat an Uber driver and a bystander while screaming racial slurs, reports the Boston Globe.

Officer Michael Doherty, 40, was taken into custody by fellow officers on Sunday and charged with assault and battery, and using a motor vehicle without authority.

Police say they received a call from an Uber driver at approximately 2:45 a.m. Sunday morning stating that a passenger -- later identified as Doherty -- was attacking him. According to the driver, he had driven Doherty to a requested address only to have Doherty complain that they were in the wrong place, screaming, "What? You think I’m stupid, you f*cking sp*c?”

Doherty then told the driver to keep driving before assaulting him at a stop, forcing him from the car.

As Doherty chased the man around the car, the driver flagged down another motorist who stopped to help him, only to have Doherty drive off in the Uber driver's car.

The driver and good Samaritan gave chase, confronting Doherty when he stopped, at which time Doherty told the African-American man who had stopped to help the Uber driver, "What do you want, you f*cking n*gger?" before attacking both men.

As the men wrestled to the ground, Doherty saw the lights of a police cruiser approaching and , according to police report, “stopped fighting and began to walk away.” The two police officers focused their attention on the two victims, as the Uber driver pointed at Doherty fleeing.

Following a fruitless search of the neighborhood, Doherty was eventually taken into custody at his home.

Doherty, a 16-year-veteran of the Boston Police Department, has been placed on administrative leave pending the outcome of the charges filed against him.