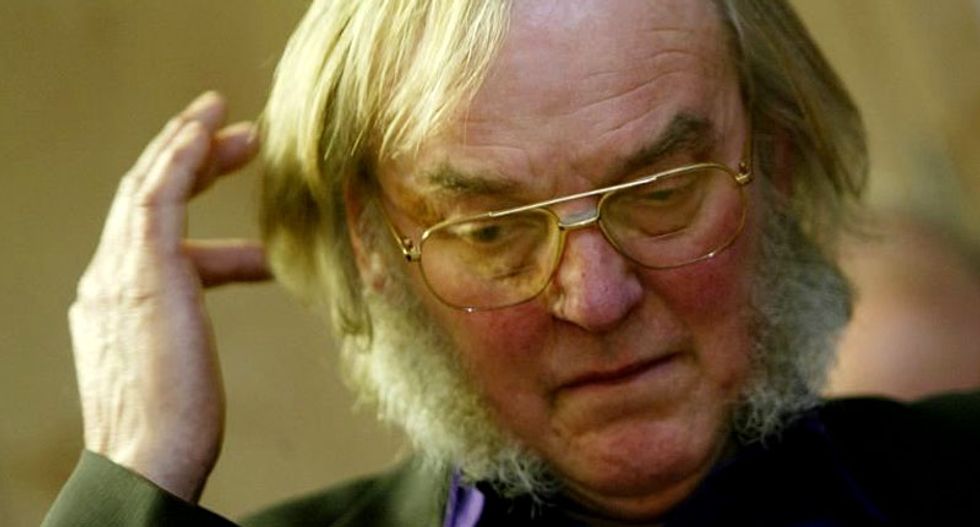 A British-built probe which vanished 11 years ago has been found on the surface of Mars, scientists said on Friday, solving an enduring mystery of space exploration.

Joy at the discovery was tinged with sadness that it came a year after the death of Professor Colin Pillinger, the eccentric but brilliant driving force behind the 2003 mission.

Pillinger, whose mutton-chop sideburns helped make him one of Britain's favourite mad scientist figures, raised much of the money for the launch himself and died frustrated at the lack of support for a follow-up mission.

"Thomas Edison developed 50 ways of not making a working light bulb before he created the thing for which he's remembered," Pillinger told his hometown newspaper, the Bristol Post, in 2012.

"If we'd turned around immediately and said we'll give it another shot, we could have men on their way to Mars by now."

The probe was detected during an analysis of images taken by NASA's Mars Reconnaissance Orbiter (MRO) last year but scientists said it would now be impossible to retrieve the data which it gathered.

"What we can say with some confidence today is that Beagle 2 is no longer lost and furthermore it seems we are not looking at a crash site," David Parker, head of the UK Space Agency, told reporters at a press conference in London.

"These images are consistent with the Beagle 2 having successfully landed on Mars but then only partially deploying itself."

This partial deployment meant that it could not make contact with the Beagle team on Earth and that the data stored by the machine can no longer be retrieved.

Images showed the lander's pilot chute still attached and its main parachute nearby in the intended landing area -- the Isidis Planitia basin.

Pillinger's wife Judith, a fellow member of the Beagle team, used a football analogy to describe how her husband would have felt at the news.

"No doubt he would have compared Beagle 2 landing on Mars but being unable to communicate to having hit the crossbar rather than missing the goal completely," she said.

Professor Mark Sims of Leicester University, who managed the Beagle 2 project, said he was "elated" by the discovery.

"Every Christmas Day since 2003, I have wondered what happened to it and had nearly given up hope of ever knowing," he added.

The discovery makes Beagle 2 the first European spacecraft to land successfully on Mars.

The probe was named after HMS Beagle, the ship which carried Charles Darwin on a journey to South America and the Pacific in the 1830s which help him develop his theory of evolution.

The Beagle 2, shaped like a giant pocket watch, rode piggy-back to Mars aboard the European Space Agency's Mars Express in 2003.

It took off from the Russian-operated Baikonur cosmodrome in Kazakhstan in the first European mission to explore another planet.

The mission's call-sign was composed by the Britpop band Blur and the "test card" used to calibrate the probe's cameras after the landing was painted by British artist Damien Hirst.

The band's drummer, Dave Rowntree, wrote on Twitter: "Great news about Beagle 2 but a shame that Colin Pillinger is no longer with us to see how close we came."

Hirst added: "I can't believe Beagle 2 has been out there all this time and I have a painting on Mars! It's amazing!"

At a press briefing in Paris, the European Space Agency's director general Jean-Jacques Dordain said that "what was viewed as a failure 11 years ago in fact turns out not to be a total failure".

"At least there was a landing on Mars," he added.

Fewer than half of the attempts by global space agencies to reach Mars have succeeded since 1960.