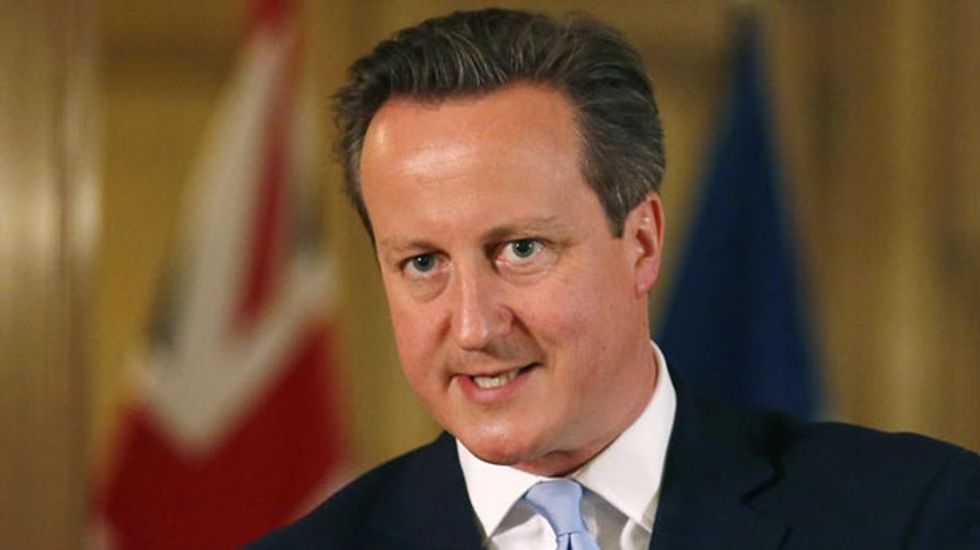 A Fox News commentator's remark about the British city of Birmingham being "totally Muslim" was widely mocked on Twitter on Monday, while Prime Minister David Cameron called the expert a "complete idiot".

Security analyst Steven Emerson said Sunday that "non-Muslims just simply don't go in" to the city, during a discussion of multiculturalism in Britain after last week's Paris attacks.

"When I heard this, I choked on my porridge and I thought it must be April Fool's Day. This guy is clearly a complete idiot," Cameron told ITV News.

"What he should do is look at Birmingham and see what a fantastic example it is of bringing people together of different faiths, different backgrounds," he said.

Emerson later apologised, saying it was a "beautiful city" and announcing that he would make a donation to Birmingham Children's Hospital.

According to the latest census data from 2011, 21.8 percent of the city's one million residents are Muslim -- one of the highest proportions in Britain.

Under the hashtag #foxnewsfacts, user @chris_wilde tweeted a picture of a convoy of jihadists waving black Islamic State group flags with the quip: "Heavy traffic reported in Birmingham today".

The 1980s Birmingham band Duran Duran have been forced to change their name to Quran Quran, joked @msalimkassam, while @petermoore said of the city's landmark telecom tower: "Birmingham City Mosque is among the tallest and most sacred in all Islam".

Journalist Rob Crilly, writing also on Twitter, joked that Birmingham Bullring, a shopping centre, was in fact "where Christians were put to death".

Many made references to the city's cricketing tradition.

"Terrifying photo of how a typical Muslim from Birmingham guards the city gates against infidels," said one user, showing a picture of a bearded cricketer with his bat ready to hit a ball.

Another published a picture of Queen Elizabeth II in a kerchief reading: "In the UK, the Queen must wear a headscarf by law when she visits Birmingham."

A third referred to Britain's unpredictable climate, joking that Muslims were in fact controlling it: "In some places it's Sunni, but mainly Shi'ite".