Cuba rolls out wi-fi as censorship begins to crumble 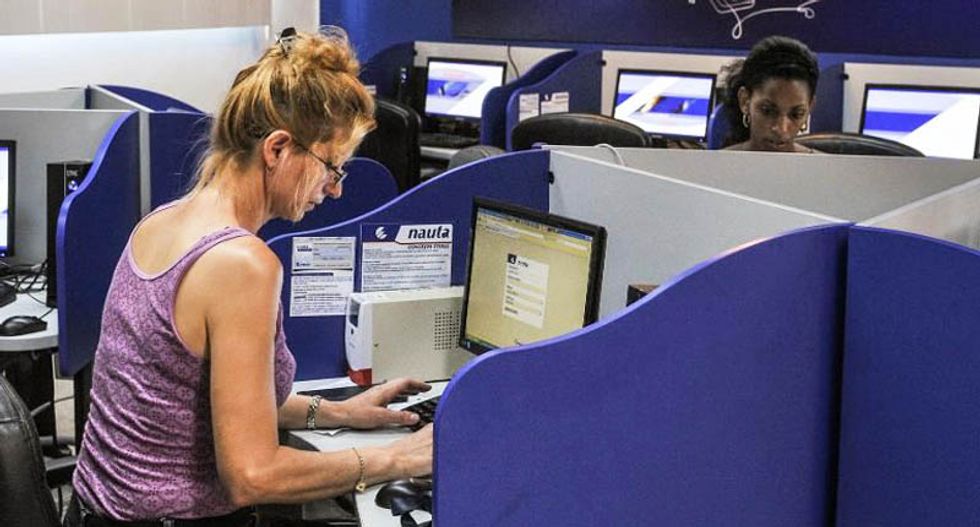 Wireless Internet connections -- for laptops, smartphones or tablets -- will get a limited rollout through state-run Etecsa in Cuba's second-largest city, Santiago de Cuba.

"Santiago (de Cuba) has been picked by Etecsa to test wifi service late this month," read a statement on the website of the Union of Cuban Journalists, a government association.

Cuba, the only communist-run country in the Americas, allows some locals such as journalists, doctors and athletes to have Internet access at home.

But anyone who wants their own router -- for a WiFi signal -- needs permission from the Communications Ministry first.

Tech-savvy young Cubans often piggy-back on the signals of hotels and government offices.

The journalists' site said WiFi access -- unclear where for now -- will cost $4.5 an hour. That is the same rate, unaffordable to many, as that offered at public Internet cafes.

Most Cubans make under $20 a month.

Last year, 3.4 percent of homes in Cuba had Internet access --- one of the world's lowest rates, according to international technology authorities.