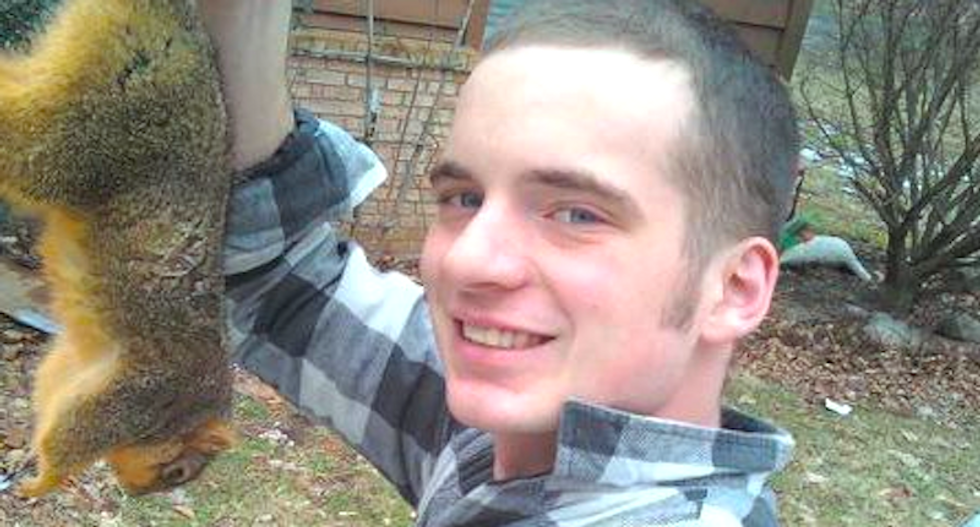 A Michigan man described by his neighbors as a “doomsday prepper” set fire to his mobile home and fatally shot himself after going on a shooting spree at the trailer park where he lived.

No one was injured by the hail of gunfire, but neighbors were forced to take cover in bathtubs and under furniture as bullets riddled the insides of their homes.

The man, later identified by as Ted Lanser, then fled to his own home and engaged troopers in a brief standoff.

He then set fire to the trailer, where he kept thousands of rounds of ammunition, and then shot himself to death.

The ammunition began exploding as the fire spread, and witnesses said they heard as many as 3,000 shells explode over an hour and a half.

Residents were evacuated as the ammunition exploded, and firefighters weren’t able to battle the blaze until the rounds stopped firing.

They found the man’s body inside, along with a dog that also died in the fire.

“A few days ago, he started acting really weird, accused my husband of being a cop, said that he's heard helicopter over his house and stuff which none of us have heard,” said neighbor Melissa Dobrzykowski. “The only thing I know about this guy is that he is a doomsday 'prepper.'”

Neighbors said Lanser regularly ordered 300 rounds of ammunition, and his Facebook profile shows he was interested in hunting, firearms, and motorcycle riding.