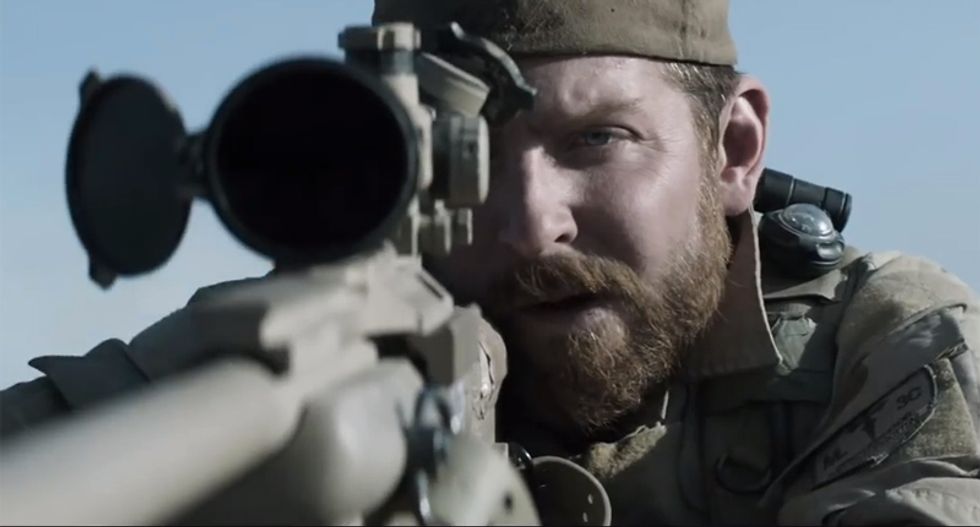 Clint Eastwood's controversial war film 'American Sniper,' based on the late Chris Kyle's autobiography, set a January box office record this weekend, taking in a reported $90 million while at the same lighting up Twitter with racist comments from some audience members saying the film inspired them to want to kill "Arabs" and Muslims.

The film had the biggest opening weekend box office total of the Academy Award-winning Eastwood's career, surpassing the opening weekend of 2009's 'Gran Torino' in one day.

The film was expected to do well after being supported by a massive promotional campaign from Warner Bros. studios, coupled with controversy over the portrayal of Kyle, with some critics saying Kyle's autobiography showed him to be a racist who claimed killing was "fun," as opposed to the gentle family man portrayed in the film's trailers.

Criticism of the film and Kyle had led to death threats and online harassment comprised of racist and violent sexual comments against some critics.

With the wide scale release of the film this weekend, some took to Twitter with tweets reflecting the words Kyle used in his book towards people in Iraq and Afghanistan whom he called "savages."

TheRaganBrock, whose timeline is loaded with paeans to Kyle and who saw the film earlier, tweeted, "Ngl teared up at the end of American Sniper. Great fucking movie and now I really want to kill some fucking ragheads."

Reece Filon, who has since made his tweets unavailable, wrote, "America sniper made me appreciate soldiers 100x more and hate Muslims 1000000x more."

Harshnewyorker wrote, "Nice to see a movie where the Arabs are portrayed for who they really are - vermin scum intent on destroying us. #Deblasio #AmericanSniper"

Another tweeter, identified simply as Tim, wrote, "Seen some Arabs walk in the theater to watch American sniper, I wonder if they think this is a horror movie? Lol."

In another tweet, since deleted,  Dex Harmon wrote, "American sniper makes me wanna go shoot some fuckin Arabs" which was followed by artwork of three handguns.

Push-back came from some who liked the movie, but were appalled by the racist responses,.

JCThatsMe21 wrote, "I saw nothing wrong with American sniper it was a good movie and after watching it I do not have an urge to kill Arabs." His tweet has since been deleted.

Writer CJ Werleman summed up the opinion of many in his description of the people on Twitter talking about killing Muslims after seeing the film, writing, "'American Sniper' is a big hit for Americans who fantasize about shooting Arabs but are afraid to go where Arabs shoot back."

A sampling of tweets below:

'American Sniper' is a big hit for Americans who fantasize about shooting Arabs but are afraid to go where Arabs shoot back.
— CJ Werleman (@CJ Werleman)1421427805.0