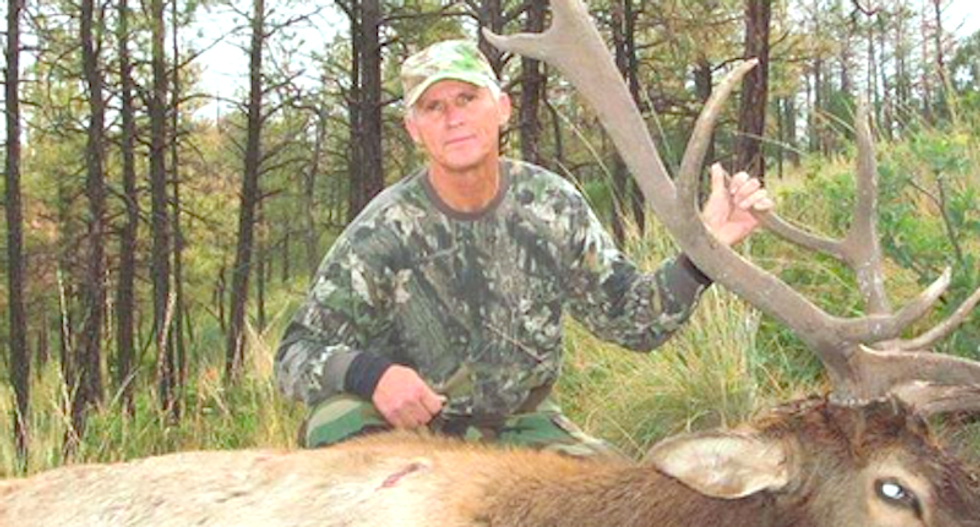 Dave Agema, the state’s Republican National Committeeman, posted an article Dec. 31 on his social media account that was purportedly written by a defense attorney who claimed that, in his professional experience, black people are inherently dangerous and unreasonable.

“Most blacks are unable to speak English well,” wrote Michael Smith, published by American Renaissance. “They cannot conjugate verbs. They have a poor grasp of verb tenses. They have a limited vocabulary. They cannot speak without swearing. They often become hostile on the stand. Many, when they testify, show a complete lack of empathy and are unable to conceal a morality based on the satisfaction of immediate, base needs.”

Agema has since deleted his post, but he explained this week that he initially saw the post shared by Republican former Rep. Allen West, who he noted “is himself black,” and agreed with the former lawmaker’s conclusions.

“It's sad that politically (sic) correctness has so taken over our society and is determined by those who desire to move our culture according to their agenda,” Agema said. “Political correctness is dangerous and prevents freedom of speech. Without freedom of speech from men of courage like Col West, we will lose our freedom and our culture.”

West described the piece in his headline as “quite possibly the most racist article you will ever read,” but he goes on to characterize it as a factual, true and “a profound and deeply disturbing” reflection on “Great Society” programs.

“I’m quite sure the progressive socialist left will criticize me for sharing this article – that’s just who they are – they hate the truth,” West said “But if there is a war to be fought, it is for the soul of the inner city and the black community. The facts and observations in this are not shocking to me. They are quite well known, but the manner in which the writer so eloquently presents them is quite commendable.”

“We cannot begin to ‘have a conversation about race’ until we are willing to honestly address the facts,” added West, who wondered why black leaders such as President Barack Obama and the Rev. Al Sharpton weren't addressing topics brought up by the white supremacist website.

RNC officials and Republican elected officials have urged the resignation of Agema, who has previously stirred controversy by comparing homosexuality to alcoholism and called Muslims “camel jockeys” who contributed nothing positive to American society.

Reince Priebus, RNC chairman, announced the formal censure of Agema on Wednesday, saying his “history of harmful and offensive rhetoric has no place in our party.”

Wisconsin Gov. Scott Walker joined U.S. Reps. Fred Upton, Mike Bishop and Dan Benishek in calling for Agema’s resignation, but he still has some supporters in the state GOP.

“Dave Agema is not a racist, never has been and never will be,” said Tea Party activist David Wells, who wrote an open letter in his defense to the RNC. “Dave Agema is under attack for his beliefs in faith, family and values. That’s the only thing they’ve ever attacked him on. They’re out to destroy him. It helps the aims of the establishment Republicans who want him gone.”