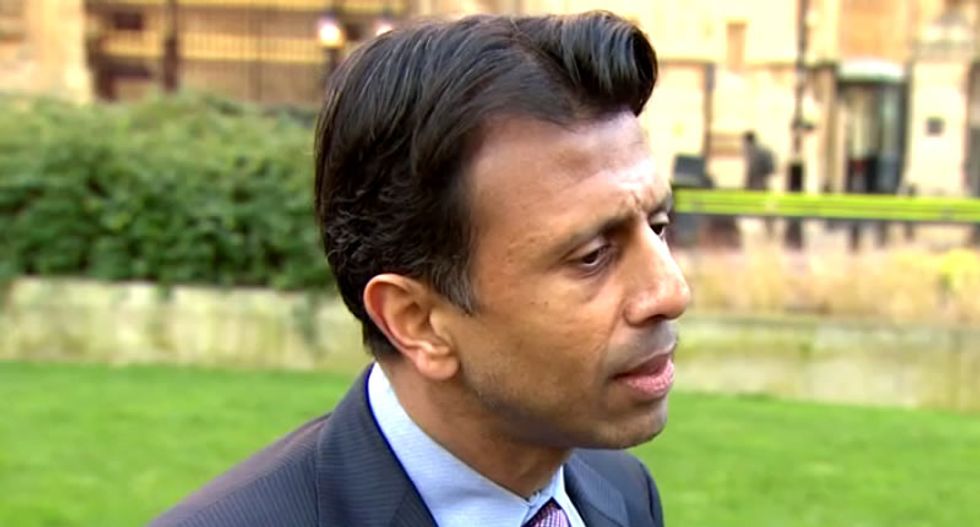 Speaking in London, Governor Bobby Jindal of Louisiana condemned Europe for the existence of "no-go" zones -- despite the fact that the Fox News has corrected the statement about them made by guest Steve Emerson four times.

Last week, Emerson claimed that "in Britain, it’s not just no-go zones, there are actual cities like Birmingham that are totally Muslim where non-Muslims just simply don’t go in." He later admitted that he was "totally incorrect" and that he deserved to be criticized for his "egregious error."

But on Monday, Gov. Jindal told the Henry Jackson Society that "in the West, non-assimilationist Muslims establish enclaves and carry out as much of Sharia law as they can without regard for the laws of the democratic countries which provided them a new home."

"It is startling to think that any country would allow, even unofficially, for a so called 'no-go zone,'" he continued. "The idea that a free country would allow for specific areas of its country to operate in an autonomous way that is not free and is in direct opposition to its laws is hard to fathom."

"I think that the radical Left absolutely wants to pretend like this problem is not here. Pretending it's not here won't make it go away," he added.

Ford then asked him to elaborate, specifically, about those areas, but Jindal brushed the question aside, saying "I think your viewers know absolutely there are places where the police are less likely to go. They absolutely know there are neighborhoods where they wouldn't feel comfortable."