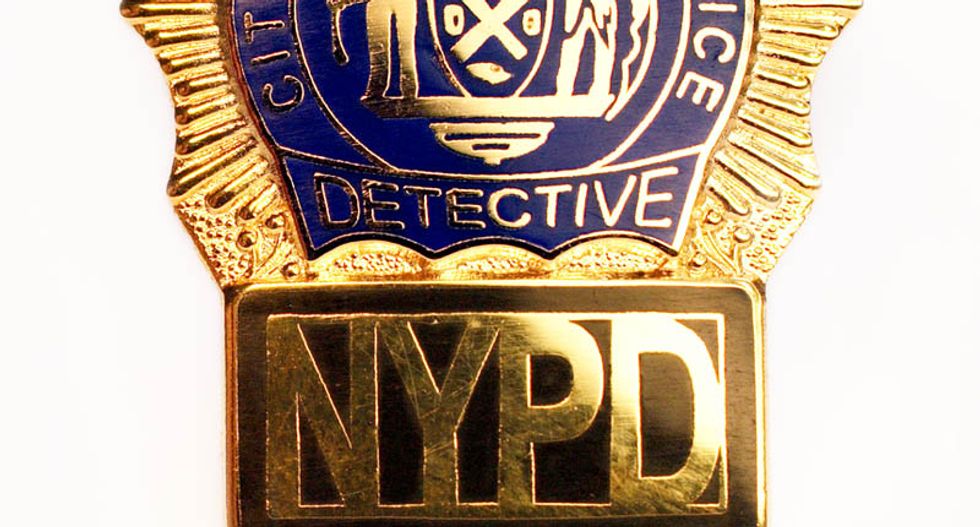 A Manhattan Special Victims Unit detective has been demoted and is under investigation for allegedly assaulting a rape victim while working on her case, telling her during an evening of drinking, "You're my favorite victim," according to the New York Daily News.

In an exclusive, the News reports that Det. Lukasz Skorzewski, 31, along with his supervisor Lt. Adam Lamboy, 44, have both been transferred from the sex crimes unit following their actions in Seattle where they were interviewing the woman who had alleged that she was raped while a student in New York City in 2013.

According to the unidentified 24-year-old woman, the two detectives initially interviewed her in an office on July 15 of last year before agreeing to meet with her the next day to answer some additional questions she had.

The woman states that she met the two policeman, who were accompanied by another unidentified woman, at a pier and they invited her to go have drinks which she agreed to after Lamboy assured her, "You'll be safe with us."

The woman claims she spent the evening drinking with the detectives, during which time Skorzewski reportedly said to her, "You're my favorite victim."

She says she stayed with the two officers after the other woman left -- reportedly after having an argument with Lamboy -- before pointing out that her car was located some distance away. The woman said that Skorzewski offered to let her stay in his hotel room, giving her the bed while he slept on the couch.

Skorzewski reportedly told her “You’re really cool. No, you’re awesome,” before turning in for the night.

In the morning the woman said Skorzewski asked her if he could lie down and put his arm around her before asking her if he could kiss her.  She said that the detective then became aggressive.

According to the woman she participated but then ended it -- admitting that she kept in contact with the officer after he returned to New York -- before she wrote a letter detailing the incident to a friend in the department.

Neither detective has been terminated, with  Skorzewski demoted from  detective to a patrol officer in Queens and Lamboy reassigned to a precinct in Brooklyn, while they are being investigated by Internal Affairs.

Lamboy, who did not participate in the alleged assault, is reportedly being investigated for allegedly taking overtime he hadn’t earned, a source told the News.

Lamboy supervised investigators on the Dominique Strauss-Kahn sexual assault case in 2011 after the French politician was accused of sexual assaulting of a maid at  New York hotel. That case ultimately fell through due to issues regarding the maid’s credibility.