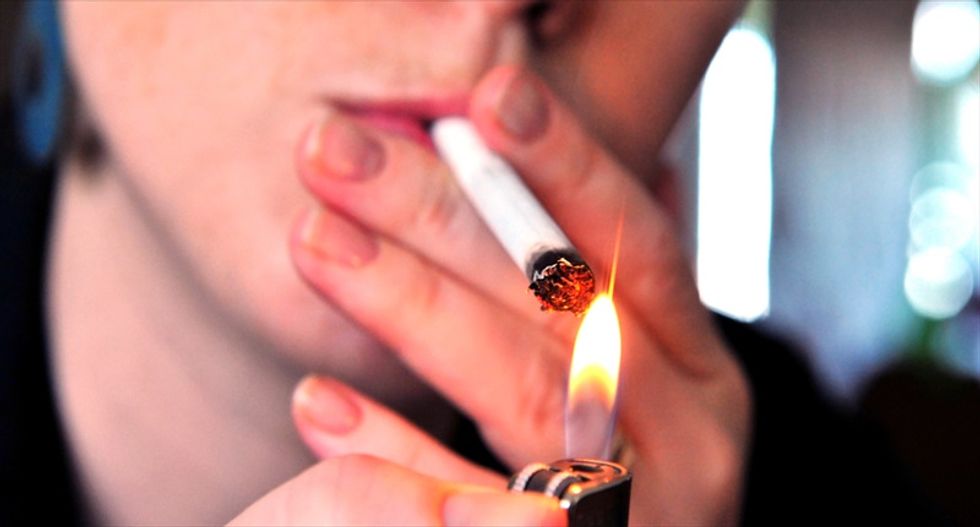 A woman smoking a cigarette [Shutterstock]

How quickly a smoker breaks down nicotine is a guide to which therapy is best for kicking the habit, according to research published Monday.

Most smokers who try to give up tobacco fail within the first week, so matching them to the best treatment is essential, its authors said.

Previous research has found a link between tobacco craving and levels of an enzyme called CYP2A6 which breaks down nicotine.

The faster the nicotine is metabolised, the likelier it is that the smoker will want to light up again soon, and the harder it will be to quit.

Scientists in the United States and Canada used a biomarker -- the speed at which CYP2A6 does its job -- to see whether nicotine patches or a non-nicotine replacement drug called hantix or Champix) were more effective.

Smokers who broke down nicotine quickly -- most smokers, in fact -- were twice as likely to quit if they used varenicline than if they used patches, they found.

They also had a better chance of staying of tobacco six months later.

Slower metabolisers found nicotine patches to be as effective as varenicline, but without that drug's side effects.

The studies covered 1,246 smokers who wanted to quit, divided roughly equally into fast and slow metabolisers.

The study did not cover electronic cigarettes, which some advocates say are a useful tool for giving up smoking.

The results should lead to a simple blood test for nicotine metabolism so that doctors can better advise patients, the authors hope.

"As many as 65 percent of smokers who try to quit relapse within the first week," said Caryn Lerman, a professor of psychiatry at the University of Pennsylvania, who co-led the study.

"Matching a treatment based on the rate at which smokers metabolise nicotine could be a viable clinical strategy to help individual smokers choose the cessation method that will work best for them."

Around six million deaths annually can be attributed to tobacco, and smoking inflicts around $200 billion (169 billion euros) in health costs annually, the paper said.

The study appears in the journal The Lancet Respiratory Medicine.