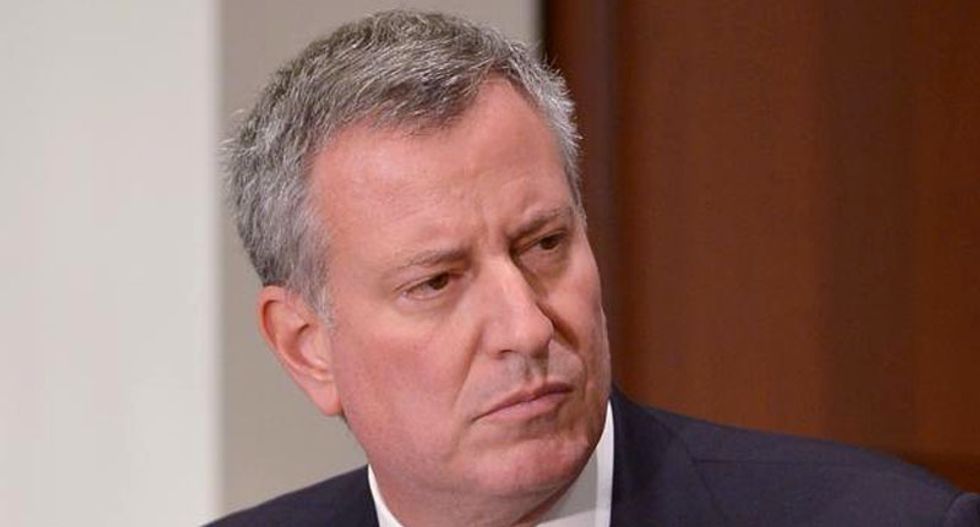 New York City’s Mayor Bill de Blasio plans to veto proposed legislation that would criminalise the use of chokeholds by the NYPD, his spokesman has told the Guardian. The move is likely to open another front in the battle over reforming the biggest police force in the US as local politicians vow to push the bill through.

De Blasio has long opposed the legislation, introduced to the city council by the Democratic councilman Rory Lancman in November last year, which would make the use of the chokehold – already banned in NYPD “use of force” guidelines – potentially punishable with a year in prison. But the mayor, who is in the midst of a feud with city police unions who also strongly oppose the legislation, had made no comment on the potential use of a veto.

“The mayor would veto the chokehold bill as it is currently drafted were it to reach his desk,” De Blasio’s spokesman, Phil Walzak, said in a statement.

The legislation was introduced following the death of 43-year-old Eric Garner, an unarmed African American who died after an NYPD officer, Daniel Pantaleo, placed him in the banned hold. The city medical examiner later said his death was the result of “the compression of his chest and prone positioning during physical restraint by police”.

De Blasio’s veto announcement arrived one day after a stinging report produced by the office of the inspector general (OIG) for the NYPD examining the force’s use of chokeholds.

The report found that in 10 cases of proven use of the banned position the previous police commissioner, Ray Kelly, had “routinely rejected” recommendations for strong disciplinary actions against offending officers.

Councilman Lancman told the Guardian he was hopeful the legislation would still be passed, but conceded further negotiations would need to take place.

“We’re just at the start of the legislative process,” Lancman said. “We haven’t even had our first hearing yet and hopefully through that process, which will include conversations with the mayor’s office and the police commissioner and other stakeholders, we can arrive at some compromise where the mayor’s objections are satisfied and we are still achieving what we want to achieve.”

“There is nothing that our bill will do that will take away an officer’s right to defend himself if his life is in danger,” Lancman added.

The Guardian understands, however, that De Blasio favours the use of internal NYPD policy to regulate the use of chokeholds and is calling for further retraining on the issue.

Other sponsors of the bill also reaffirmed commitment to getting the legislation passed.

“Both police and the public would benefit from the clarity a legal prohibition provides and I will absolutely continue working to make that a reality,” said councilman Robert Cornegy.