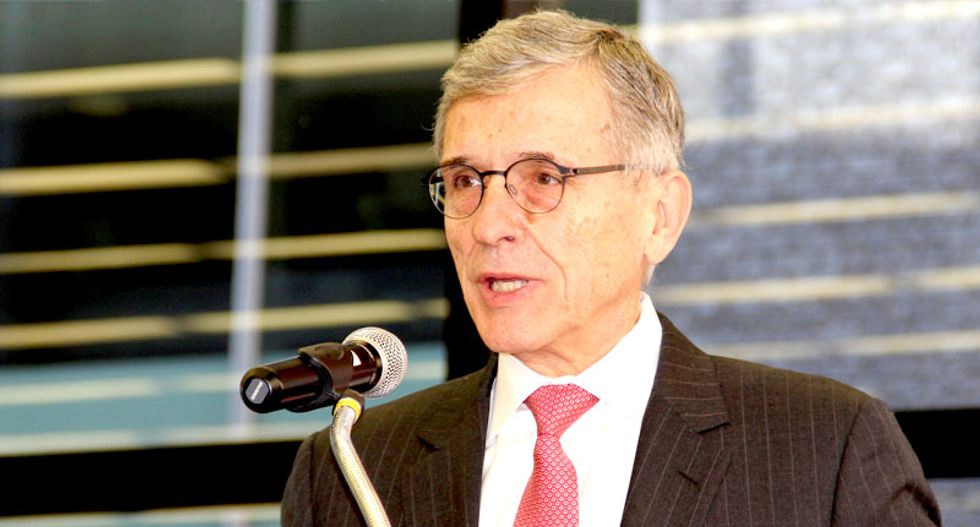 U.S. lawmakers plan to start drafting legislation this week aimed at keeping the Internet open without tighter "net neutrality" rules backed by the Obama administration, the leaders of the House and Senate Commerce committees said in an op-ed column on Reuters.com.

Senate Commerce Chairman John Thune, a South Dakota Republican, and House Energy and Commerce Chairman Fred Upton, a Michigan Republican, said they have come up with a working proposal and, working with lawmakers from both parties, planned to begin the process of publicly discussing and formally drafting legislation this week.

"By acting legislatively, we can set aside the baggage and limits of an antiquated legal framework and work with the Federal Communications Commission to ensure the Internet remains the beacon of freedom and connectivity that defines America in the 21st century," they wrote.

The FCC has been weighing for nearly a year what legal standards and rules would be best to govern how Internet service providers (ISPs) manage web traffic on their networks to make sure they treat all Internet content fairly.

Recent indications showed that FCC Chairman Tom Wheeler was leaning toward regulating ISPs more strictly under a section of the communications law, known as Title II, that would treat them more like public utilities. President Barack Obama had endorsed such an approach.

The ISPs have rejected that path, saying it would present a regulatory burden and hurt investments. They are expected to fight it in court.

Republicans in Congress have been working to counter the FCC, which is slated to vote on new rules on Feb. 26.

In Wednesday's column, Thune and Upton said they proposed rules that would prohibit Internet service providers from blocking or throttling data, and from charging a premium to prioritize content delivery, but without the use of the "ill-fitting" tool of Title II.

"As a legislative body, Congress has far more flexibility than the commission to narrowly tailor rules appropriate for today's digital ecosystem," they wrote.

"Congress can establish clear protections for consumers that can make sure innovators are free from gatekeeper interference, without affecting incentives for robust private-sector investment."

To read the column, see http://reut.rs/1IKdDXL

For his first meeting with Vladimir Putin in Geneva this week, President Joe Biden gifted his Russian counterpart a pair of American-made sunglasses in the US leader's signature aviator style.

Peter Waszkiewicz, head of Randolph Engineering, said he felt "surprise" at seeing the sunglasses his company made become a diplomatic token at a meeting followed the world over.

A U.S. Capitol rioter says he attacked a police officer during the Jan. 6 insurrection because the officer made fun of the Donald Trump supporters violently storming the building.

Newly released video shows 54-year-old Thomas Webster, a Marine Corps veteran and former New York City police officer, screaming profanities at officers and striking at least one of them with a flagpole before tackling the officer, but his defense attorneys intend to blame the victim for the attack, reported MSNBC's Scott MacFarlane.