Tucker Carlson: 'A lot' of my friends are Muslims, but maybe they shouldn't be allowed in US 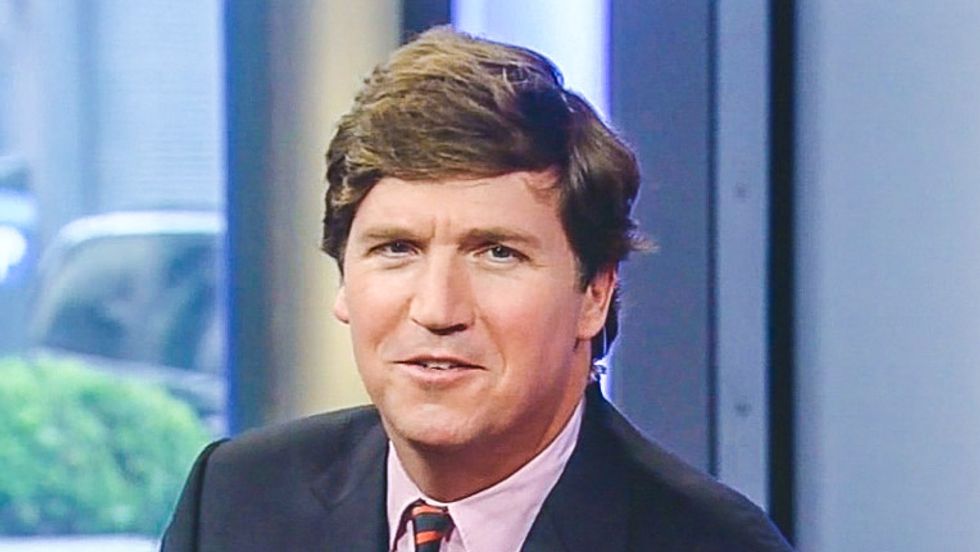 Fox News host Tucker Carlson asserted over the weekend that it might be time to close the border to Muslims, even though "a lot" of his friends practiced the religion.

As thousands gathered in France on Sunday to support the magazine Charlie Hebdo after it was attacked by terrorists last week, Carlson wondered if the rally would make a difference.

"This is an Islamic problem we're facing. It's become rigid, it's become doctrinaire, fundamentalist, and the world is suffering as result," the Fox News host continued. "At some point, the Obama administration is going to step up -- or some subsequent administration -- and call the problem what it is, which is a religious problem."

"Not all Muslims, of course. Most are peaceful and decent people. We all know a lot of them. But there is a species of the religion that has gone completely off the rails, and until you say that out loud, it's kind of hard to address it."

Moments later, Carlson argued that France was having a problem was terrorism "because it has the largest Muslim population in Europe as a result of its immigration policies."

"Is it time to re-think immigration policies in Europe and, by the way, also here in North America, to pay attention to the country of origin?" Carlson opined. "Is it a good idea to let a lot of people from countries where violent Islamism is rife come to this country? What do we get out of it?"